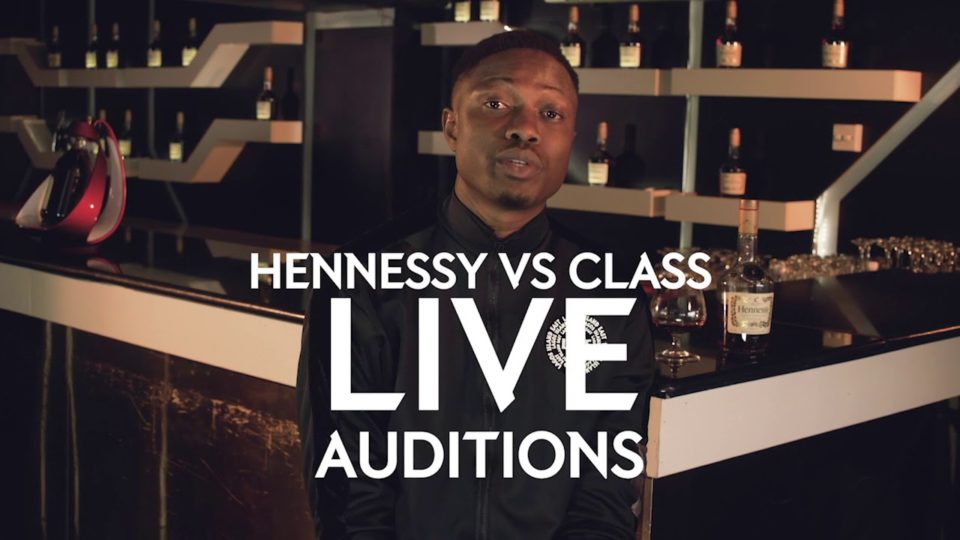 This weekend will witness one of the biggest ever rap auditions, as the Hennessy VS Class auditions makes its final stop in Lagos City, on Saturday, 11thof August.

For the first time in Hennessy Artistry History, The VS Class auditions have toured both Abuja and Benin and now the opportunity will be live in Lagos.

This past weekend, the VS Class auditions in Benin revealed a massive hip hop community with talented Rappers from within the city and neighboring cities converging on the Gold Wing of the Randheki Royal Hotel for an opportunity to be heard. VS Class Judges; Hip hop connoisseur Andy Bello, ace rapper, Vector the Viper; Celebrity Hypeman, Jimmie; and VS Class Alumnus, Phlow, had a difficult task choosing from the best MCs Benin had to offer. At the end of the auditions, 5 MCs were selected to move on to the next stage.

The Lagos live auditions presents the last chance for the ìbest of the bestî to step up to the mic and show the judges what they are made of. Auditions will take place at Koga Studios, No 2 Bolaji Street by Mobil Bus stop, Oregun Road. Alausa, Ikeja. Registrations are still open via the official website at bit.ly/vsclass2018

This opportunity is not limited to emerging rappers domiciled in Lagos alone, but for anyone who believes they have what it takes to be the new face of Rap in Nigeria.

However, if you were unable to make it to any of the LIVE auditions, you still have a chance of being a part of Hennessy VS Class by dropping your dope bars on Instagram and Twitter using the #HennessyVSClass2018.

To join the conversation on social media; use the #HennessyArtistry2018 and #HennessyVSClass2018.