We have been talking about the organic rise of Afrobeats. All over the world, the Nigerian sound is being craved like bees crave nectar. Over the weekend, Nigerian acts like Wizkid, Davido, Burna Boy performed at different festivals in the USA and UK. `

Nigerian stars like Wizkid, Davido, Burna Boy, Tiwa Savage, Runtown are getting massive recognition on an international scale. This is noticeable in charts, collaborations, and features in international media companies. Performing at festivals, however, is one of the undeniable proofs that Afrobeats has established itself on global grounds.

A few months back 'African Giant' Burna Boy performed at one of the most prominent festivals in the world Coachella as well as Mr. Eazi. The two acts respectively shut down their sets, with the audience roaring and getting high off Afro- vibes. 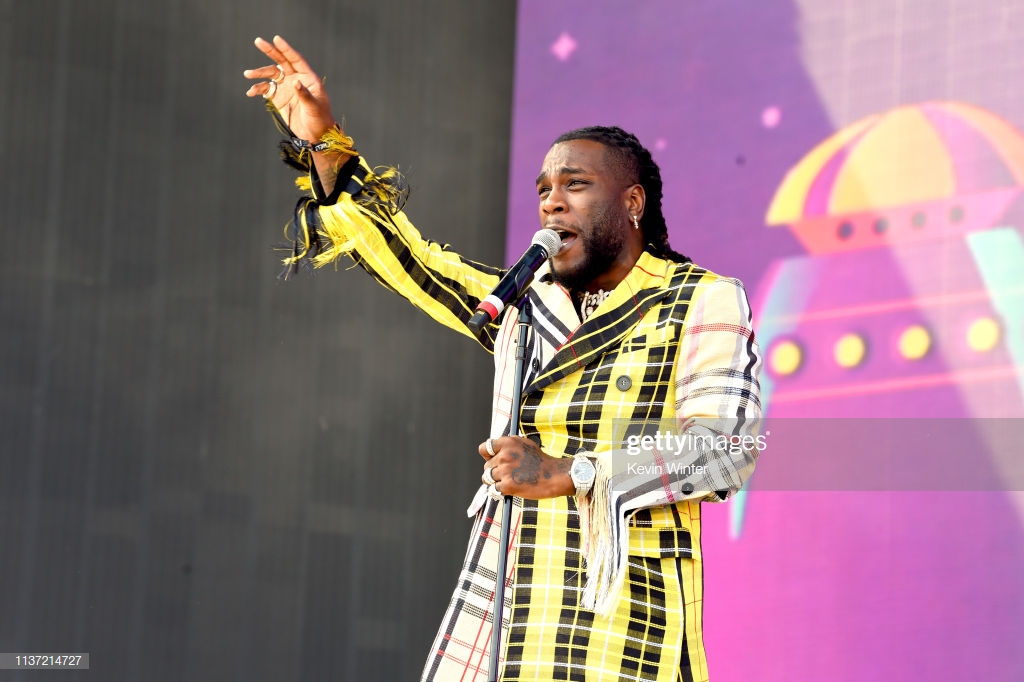 Fall crooner Davido also performed at Dreamville Festival which also saw performances from acts like J. Cole, 21 Savage, SZA, 6lack, and others. He performed at a major (black) festival the ESSENCE Festival as well.

Wizkid's Performance At The Ends Festival Is One For The Books

Watching Wizkid perform to over 15,000 people in Lloyd Park, London during the weekend made my heart tickle with joy. The Ends Festival is yet one of the most popular festivals on the globe. Not only was Wizkid given a slot to perform, he was *actually* the headliner on the second day of the 3-day festival. It was breathtaking to see fans in multitudes wave Nigerian flags as the Ojuelegba hitmaker gave a thrilling performance. He also brought out London based group NSG to join him on stage.

This thing got me thanking God for life... ? #theendsfestival

Even though they might not be getting enough media coverage like Starboy, Wande Coal and Burna Boy also performed at The Ends Festival in Croydon, London. As usual, the audience couldn't help but turn up to the Afrobeats sound that they thirsted for.

Nigerian acts are working tirelessly to pave a smooth path for the success of Afrobeats.

Wouldn't you agree that Nigerian music is becoming widely known, especially with the glaring evidence staring us in the face? One of them being Nigerian acts getting performance slots at various international festivals.

Davido performed at the Roots Picnic in Philadelphia, USA on Saturday, June 1, 2019. He rocked the stage alongside top acts like Ari Lennox, 21 Savage, The Roots, Mos Def, and many others. It was like Davido held in his hand a remote control with which he controlled the audience. They responded accordingly to the superstar's electrifying performance.

After blowing Phily to smithereens with performance of his blazing hit songs, he went on to perform at Hot 97 Summer on Sunday, June 2, 2019. He performed songs like If, Fall, as music fans cheered loudly. I must confess to you that watching the video of the performance Davido posted on Instagram gave me goosebumps. Other acts who performed on the stage include Meek Mill, Tory Lanez, Blueface, Megan Thee Stallion, Migos, Cardi B, Casanova, and more.

It is delightful to be in a generation where Afrobeats is in high demand. Also, it is commendable that many of our Nigerian musicians are performing to large audiences at different festivals all over the world. It's more proof that Afrobeats is poised to take over and become one of the leading genres in the world.