Who is Ayra Starr? Get to Know About The New Mavins Star Here!

While the whole world was soaking in the epoch once-in-a-lifetime moment it was to see the 21st day on the first month of the 21st year of the 20th century, the megastar makers at Mavins Record Label were brimming with good news of the musical sort. This news soon became public when Mavins owner, Don Jazzy took to his social media to announce the signing of Ayra Starr, encouraging everyone to follow the singer. 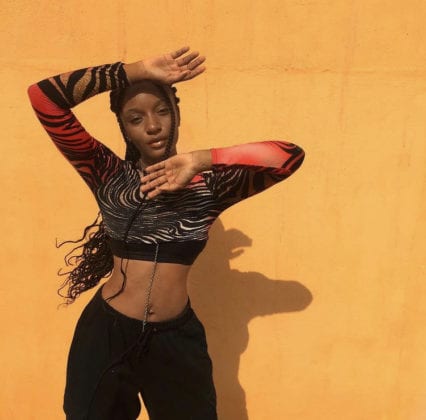 For some people, the name Ayra Starr is the name of an untapped act whose Instagram freestyles they enjoyed, but for most people, she’s a new name and voice, if you’re one of such, here are some things we know so far about Mavins’ Records new signee:

1. Ayra Starr is an 18-year-old afropop singer with a powerful voice and although she is Lagos based, she, like the Mavins starboy, Rema, is a native of Edo state.

2. She started dropping videos of herself singing to already created songs as well as songs she wrote herself as early as 2019. This was probably part of Ayra's discovery journey, (dear up and coming artiste take note) as she was discovered by Don Jazzy who warmly and publicly welcomed her into the Mavins clan.

3. She draws inspiration from her dad who is unfortunately now late.

4. Word is she sounds like Tems but either way, she has an undeniably strong and unique voice which she now channels into creating a blend of Afropop, Afrobeats and RnB. Here’s a video of her trying Afrobeats for the first time.

5. She was signed sometime last year and now just released her debut project. It’s a 5-track EP named after her and is filled with a lot of soulful vibes and sweet melodies with a dash of teenage angst and about love and coming of age.

6. The video for the first song off her EP; Away, drops today and will premiere on Clash Magazine.

Listen to the Ayra Starr EP here and let's know what you think about the lastest signee from Mavins Records: