The 5 Best Songs Of Daddy Showkey 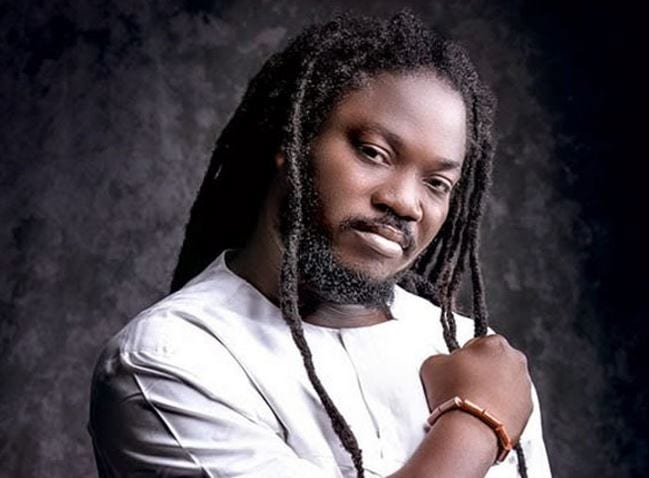 Not many will know the name John Asiemo, but all over Nigeria, mention the name ‘Daddy Showkey’ and more than just the image of a person, the sound of a generation scratches the mind.

The Ajegunle Ragga sound which evolved in the nineties into the early 2000s was rich in melody and substance, and artists like African China, Danfo Drivers,  Baba Fryo and Marvelous Benjy were among its biggest exports. However one name towered above them all: Daddy Showkey. With a trademark baritone and a booming presence on the mic, he mirrored early Dub DJs in Jamaica, that Dub which is an offshoot of Reggae, from which Ajegunle Ragga seeped its formative influences.

Speaking against the limitations of a black system, commenting on everyday social life, inviting one to share a drink and dance after a hard day's work... these were typical themes in Reggae and even in Ajegunle Ragga, a sound which stayed true to its roots, a firm finger placed in all the pulses of that Lagos hood. He made great music, Daddy Showkey, and sold a lot of albums. At the height of his powers, his every song was a fixture in the streets.

Today, though, on the occasion of this great musician's birthday, we return to the sound, that brash glorious chaotic demographical representation. We return to the iconic intros and the memorable hooks.

Although the Ajegunle Ragga artists heavily borrowed from Jamaican Patois, Daddy Showkey stuck to its Nigerian Pidgin equivalent, earning him followers across ages and upbringing, as Pidgin is a popular language in Nigeria.

“Dyna" is entirely sung in Pidgin, as most of Showkey's songs are. It's a story of hope even in dark situations. Charged by an electric production featuring live percussions, in verses inundated with the refrain, ‘hosanna,’ Daddy Showkey sings of Dyna, married and longing for a child (first verse), the joy when she got pregnant (second verse), and in the third verse, shaming the evil people as ‘God's time is the best.’

‘Dyna’ was very popular in its days, especially amongst parents, who employed its lyrics in teaching their kids the positives of patience.

SOMEBODY CALL MY NAME

In the video of this song, a vintage Showkey, the man can be seen in South South garb, beaded necklaces, no top, colored wrapper. Cruising through Ajegunle, he sings his name as the people circle about in adoration.

“Somebody Call My Name” was the kind of song that made you dance and scream Daddy Showkey! even as you did, charmed by the melodious song arrangement, how it accompanies several dance movements, the galala, the konto... whatever you fancy, Showkey got you.

Daddy Showkey, outside of his music, is most known for his activism and embedded in many of his songs, are a sharp disdain for the Nigerian government of the day, and dare I say till today, as nothing's really changed.

“Fire Fire” is one such song. Don't be mistaken by its grooviness (like Fela, Daddy Showkey believes dance and revolution can go hand in hand) for at its base, is the prayer that fire burn all the bad people. Listening to the record, one can't quite shake the feeling he's singing of the country's leaders and politicians, very often the target of verbal missiles from artists of Showkey's generation.

In the first quarter of 2014, Daddy Showkey made an unexpected return to popular Nigerian music with a new record which featured Harry Song, the Pop artist.

“Asalamabeez” was a glorious demonstration of Daddy Showkey's prowess, exciting on modern production alongside Harry Song, who could be described as a half offspring of Showkey's, what with his outlandish choruses and preference for Pidgin coated delivery.

Daddy Showkey is a much-loved person, in Ajegunle and beyond, but especially in the former. A popular tale tells of his immortality in the hearts of locals. Before he'd even become a celebrity, he once led a peaceful AJ protest to the office of what was then the National Electric Power Authority (the infamous NEPA) – they hadn't been in power for some nine months but the protest was effective, and that quickly changed.

John Asieme, who they conferred the title of Aare Onifaji of Ajegunle, would go on to bigger exploits, but whenever he was in Ajegunle, it was an occasion.

In “Welcome Daddy Showkey,” the artist himself recognizes this, the song taking a festive turn, its video a celebration of the people and the streets, the sounds, the dreams, and the iconic Showkey, a beacon of light for generations now.

There you have it! The 5 best songs of Daddy Showkey.