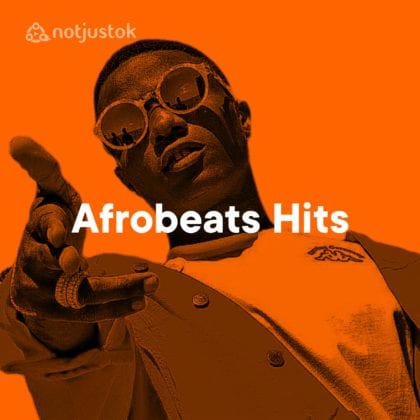 As we continue the build up to Made in Lagos, Wizkid drops the second single off the tape. "No Stress," like its title, sets off to a relaxing pace as the Starboy croons about "this pretty lady."

"Try Me" set Tems on course to be a music star, which is exactly what she's become. Scheduled to share her debut EP For Broken Ears next Friday, the artist shares "Damages," a new record which intimates on a relationship, the singer asking "tell me what you need from me" on the chorus.

It's widely acclaimed that Neptune has no bad songs. His latest single –a warm afro pop number– furthers that thought. Runda, quite astonishingly, engages the ears in fresh ways as the synthesized production calls the body to dance.

After smash hit "Duduke," Simi returns with the Restless EP looming. The first single from that is this record, a stripped-down effort that emphasizes end of what used to be convenient friends-with-benefit arrangement.

Talented Ghanaian musician Fameye recently shared his album Greater Than. On boisterous opener "Asem" he features legendary GH emcee M.anifest, and they both do a madness, setting the scene for what follows.

On his second single since making a return to music, veteran act Darey teams up with Patoranking for "Jojo," a banging track with great replay value.

The teenage act Alpha P is one of the most promising acts around. Earlier this year, he shared his debut EP King of the Wolves. "Quarantine," his latest song, runs just under two minutes but is quickly enriched the ambient vibe he's known for.

A while ago Dunnie shared the FOUR EP. Here, she features the budding Oxlade (from Africa) to serenade on a record off that tape. "Overdose" is lifted by the sweet vocals and excitable production.

Two of Nigeria's promising artists combine for this serenading chune. Zarion and BUJU both have standout vocals and they combine to fine effect on this record.

Having collaborated in the past, it's no surprise how beautifully Skales and Tekno lend their voices to this warm number. The latter's usage of adlibs on "Beautiful Onyinye" by P Square was also delightful to my ears.

In-house YBNL producer Cracker Mallo has a new tape out. A Friendly Introduction to Sound features Fireboy DML and DJ Neptune among others. "Palanshe" features the street hop beat you'd most likely find Olamide spazzing on.

WAJI describes her music as psychedelic and transcendent, inspired by artists like Lady Donli, SZA and Santi. Her new record "City on Stars" is a great record and draws one into WAJI's ambient world with every listen.