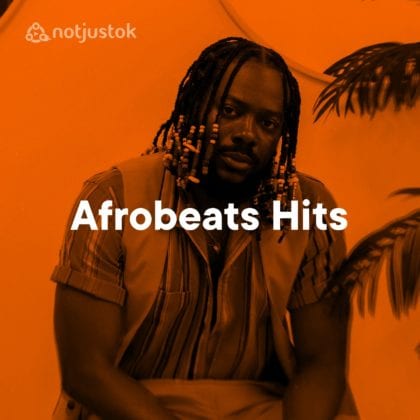 The Cavemen. are a two-man Highlife group who produced most of Lady Donli’s Enjoy Your Life. Exciting with singles like “Akaraka” and “Bolo Bolo,” their debut album ROOTS was hugely anticipated. Now it’s here we know we love it, and especially “Bena,” a grand song which echoes of Chief Osadebe and relates the familiar tale of unrequited love.

Off the artist’s sophomore album APOLLO (check out our review) comes the dream collabo with Afro Pop icon Wande Coal. Pheelz brings the beat and the duo of sensational singers make sure the superstar lineup produces a credible song. Surely one of the standouts from the album.

Over the weekend, Cuppy shared Original Copy, her debut tape, and we love this record with Teni. Groovy, energetic and melodious, “Litty Lit” is great vibes everyone needs to rock to.

One of the most consistent performers in Nigeria, Remy Baggins has hardly let up in pushing out his music. Even with the bunch of new music, Baggins’ new tape AMARERASU! stands out, a fresh lean on Trap and emo rap sounds. “W.I.G.B?” features the similarly consistent Zilla Oaks and both acts spin a banger of a record, speaking on the love for money and subsequently the focus on one’s paper chase.

Off the back of Fuji The Sound the new EP from the legend comes this exciting collaboration with Teni. The tape was A&Red by the iconic Bankulli (who also worked with Beyoncé on Black is King) and is (expectedly) a more modern take on Fuji sound and should appeal across demographies.

Chocolate City-affiliated rapper Blaqbonez has shared his latest single, coming after his buzz hit “Haba.” The new song sees Blaq return to his firebrand rapping, drawing a line between himself and everyone else doing it. He’s big brother and he’s watching, this wavy record says.

Singer Gabzy and producer melvitto have enjoyed a great working partnership, the former exciting over mel’s laid back pop/r&B beats. “Trouble” updates that catalog, Gabzy detailing a problematic affair over the chill production of his collaborator.

AG Baby is your Baby goes the tag. Afro Pop vol. 1 goes the album and off that, is this stunning record with Olayinka Ehi, co-written with Dwin The Stoic. Taking on the subject of an open relationship, both AG and Ms. Ehi deliver a convincing report on their fictional narrative, carried by Pheelz’s masterly production.

Since I heard her on Alpha Ojini’s “Love Clouds,” I’ve known Tomi Owó to be a unique talent with a most angelic voice. “Beautiful” is a demonstration of this prowess, a truly beautiful song which reaches within and inspires greatness in a listener. Wouldn’t you rather be a listener? (The production is bonkers too.)

The Ignis Brothers are an alternative band founded by artist and writer Dwin The Stoic. They recently shared their debut album The Cost of Our Lives, a beautiful somber treatment of themes related to mental health. “Time Go Come” is one of the highest points of the tape, featuring rapper Phlow who joins the Brothers to affirm the possibility of a better future.

A mesmerizing and beautiful effort from Solana, featuring Joeboy with the impeccable verse. The production is lit with colorful synths and both voices are so in the present, so full of energy as they plead with each other to stay.

Seyi Shay assembles a great team to reflect her heart towards the streets, the hustlers and the fans who buy her music. Every feature comes correct (love the YCEE verse a lot) but Seyi Shay owns the song with am impressive rap flow and presence on the record.

Last week, DJ Lambo shared a single with Iyanya and Lady Donli, off a forthcoming project. A Tale of Two Cities is now out. This record features Ice and CKay and with vocals from Lambo, makes for a bouncy listen, one to inspire reply chants of “sharpaly” or feet taps.

A gifted musician with a penchant for guitars, Tomi Thomas embraces the mystical and romantic as often spills into his music. The new record leans to the latter, the artist singing as the hopeless romantic till the song closes to an electric guitar solo.

Over a visceral beat with knocks and a light riff, all featured rappers deliver cocksure lyrics and affirm their unique styles.