Afropop star and Nigerian-born Mama Africa, Yemi Alade recently served her 5th studio album, Empress and much like her status, it is a continental dish; rich in many flavours, influences and cultural backgrounds. 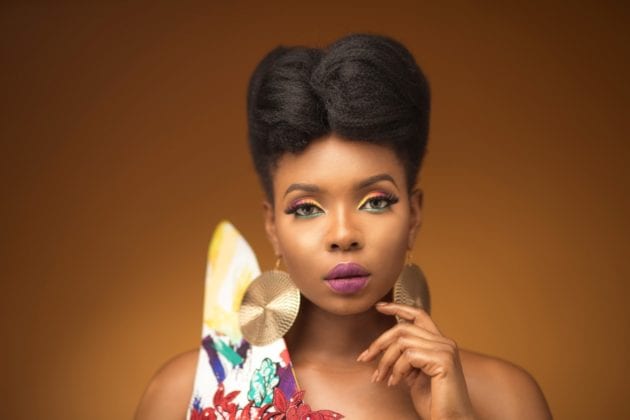 To mark its release and catch up with her, we recently had a virtual sit-down to get the scoop on the ingredients that went into the making of the album. Read all about it here:

‘Empress’ may have dropped on the 20th of November, but she’d started recording the album as early as February this year and went all the way to Amsterdam to record.

With her past works taking monarchical titles such as ‘King of Queens’ and making bold statements like ‘Woman of Steel,’ this recent work being titled ‘Empress’ definitely fit the mould. Speaking on it, Yemi Alade tells us that ‘Empress’ was given with the aim of highlighting royalty in Africans and to show that attributes like power and kindness are not mutually exclusive.

On the inspiration aspect, the album itself was birthed from her life experiences and her view on things either as the front seat observer or as a third party.

For Yemi Alade, she doesn’t take her role as an A&R lightly, and for all five artistes she featured on the album, she first established a connection with them by being a fan of their work. The collaboration was then ascertained after confirming that the schedules of each artiste permitted them to give their all on records they were featured on.

5. Mama Africa to the core

Mama Africa is also very deliberate about her heritage, would you believe that every artiste she featured is of African descent? Yes, this includes even Grammy award-winning British singer, Estelle who Yemi Alade revealed is of Senegalese descent.

In the spirit of a feast, Alade made sure the album has something for everyone, young, old, middle-aged, etc. For her, her favourite song off the album is subject to her mood, so when asked to choose one, she took a dip in cool waters and pegged ‘Ice’ as the perfect fit for her mood at the moment.

On ‘Yoyoyo’ where Alade takes on the role of social commentator, her sole aim was to discuss unaccountability in relationships and highlight the ‘scum no get gender saying.’ So if you know anyone like Chichi or Shege in the song, make sure to let them know that you’ve never seen anyone like them before.

As for music videos off the Empress album, fans wouldn’t have to hold on to that of ‘I Choose You’ alone as the afropop star admitted that she’ll like to make a video for every song. At the moment, she’s shot videos to some but might have to choose the other ones to produce at random.

What is your favourite song off the album? You might just need to start petitioning Yemi Alade in order to ensure that a video is made for it.