On the 22nd of February, 2021, the largest global music streaming platform, Spotify, announced its plan to expand into a total of 180 markets with 41 of these being African countries such as Kenya and Ghana. Spotify's announced expansion also involves Nigeria, the unspoken creative capital of the continent championing African music through afrobeats, afro-pop and other genres. 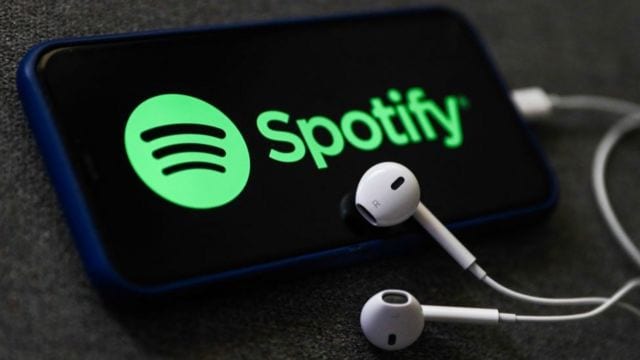 As a result, we asked some members of the music industry and here’s what they have to say:

Given the fact that you're about to drop your sophomore album, The Prince I Became, what do you think Spotify's presence in the Nigerian music scene means for you as an alternative artiste and for others as well?

Spotify coming to Nigeria and some parts of Africa as a whole is huge. It’s huge because Nigeria is my base, and Spotify is one of my most productive platforms in terms of exposure first and then streams.

In our kind of industry or in any industry for that matter, exposure is key because you can have a good product but if no one is aware of it, it becomes obsolete.

As for timing, there is no better timing because of the soon release of my sophomore album, ‘The Prince I Became’, which I know would reach a wider audience, who are not only in Nigeria but also in other parts of the world.

With a music partner like Spotify, I can rest assured that my music journey will surely grow from strength to strength.

What are your first thoughts on Spotify buying into the Nigerian market?

Secondly, how do you think their entry can play for the market and what impact do you think it will hold for the homegrown music industry?

Spotify is a big brand and everybody has been waiting for their entry. Their presence will boost a lot of users especially since there’s a free tier so a lot of people will make use of that before becoming paid users. It’s a big move for Spotify and a great move for Nigerian music as well, our numbers from the country will start to reflect on Spotify.

It has nothing but a positive impact with more users in the country using it and users no longer hiding behind VPNs. The numbers will go up and the true values of the artistes in the market will be revealed.

For me as a DJ, it’s always been about the craft first then everything else after.

Spotify’s entry is long overdue. It just means more revenue and a wider reach. I remember when artistes who did well on Spotify were the only ones considered to be “international”, simply because the fans were in the diaspora. As it is now. An artist like Bella Shmurda has a huge following on local music streaming apps like Audiomack and boom play. Close to 45 million or more plays. What it means now is, I can do a song with anybody. Be it street, posh etc and the market for gaining revenue has opened up. Period.

What you think this entry holds for you as an up and coming artiste who does folk/ alternative music in Nigeria?

A lot of people use Apple music by virtue of owning iPhones, some people do not understand that Apple music works on other devices too, so with Spotify coming in, it can also branch into the market for android users.

It's also big on playlisting and curation and is said to be more user-friendly, the playlist will be domiciled here and there will be more playlist curators on Spotify from Nigeria.

I also think it's going to mean increased revenue because people will move from free music streaming platforms to Spotify.

What are your thoughts on how Spotify’s entry can influence the homegrown market?

I think the fact that it’s now easily available here will definitely boost streaming numbers of our homegrown artists. I also foresee more curated playlists that will cater to the nuanced sounds of our industry, hence providing more visibility to less popular artistes.

As an up-and-coming artiste who just had her debut project out, how does Spotify's entry make you feel and what do you think about it?

I feel like it’s going to make things easier for us as an up-and-coming artiste,  there are so many talents in Nigeria who might not be largely recognised or listened to so having Spotify here will just create a wider range for us. As a major music streaming platform, having Spotify over here will boost our reach which is exactly what we need right now on all the platforms we can get.

Spotify is finally in the country, how does that make you feel?

Well for one, it's great for the Nigerian music industry, personally, I'm just happy I don't have to use VPN anymore and I can easily download stuff on there now and that’s it for me.

How does Spotify’s expansion into Nigeria make you feel and what do you think it means for your music consumption?