Most Gospel Musicians Are Hypocrites - KiDi, After VGMA Loss | WATCH

Ghanaian singing star KiDi has stated that most gospel musicians are the biggest hypocrites. This comes after the singer lost to a gospel artiste at the just concluded VGMA. 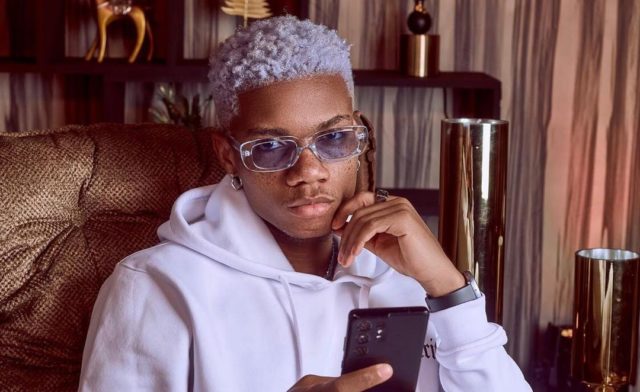 KiDi was defeated by a Gospel artist, Diana Hamilton, for Artiste of the Year at the 2021 Vodafone Ghana Music Awards, which were held on June 25th and 26th, 2021. The loss had a lot of mixed reactions, but KiDi was particularly disappointed with the trolls being thrown at him for losing to a gospel artiste.

Speaking with Hitz FM's Andy Dosty, the singer said that he didn't like the fact that he was seeing posts that insinuated that he was going against God for being nominated alongside a gospel artiste in the Artiste of the Year category.

In the Interview, He said:

The fact that I don’t do Gospel music does not make me a demon or a devil, cos a lot of the posts I have seen from the Christians especially goes like ‘how dare you go against God?... I kept saying this every time that most of the Gospel musicians are the most hypocrites

The singer went on to say that he was raised in a Christian home and thus understood the essence of Grace and Favour, concluding that he lost to Diana Hamilton because it was God's will.

KiDi was one of the big winners of the night going home with four awards out of eight nominations.