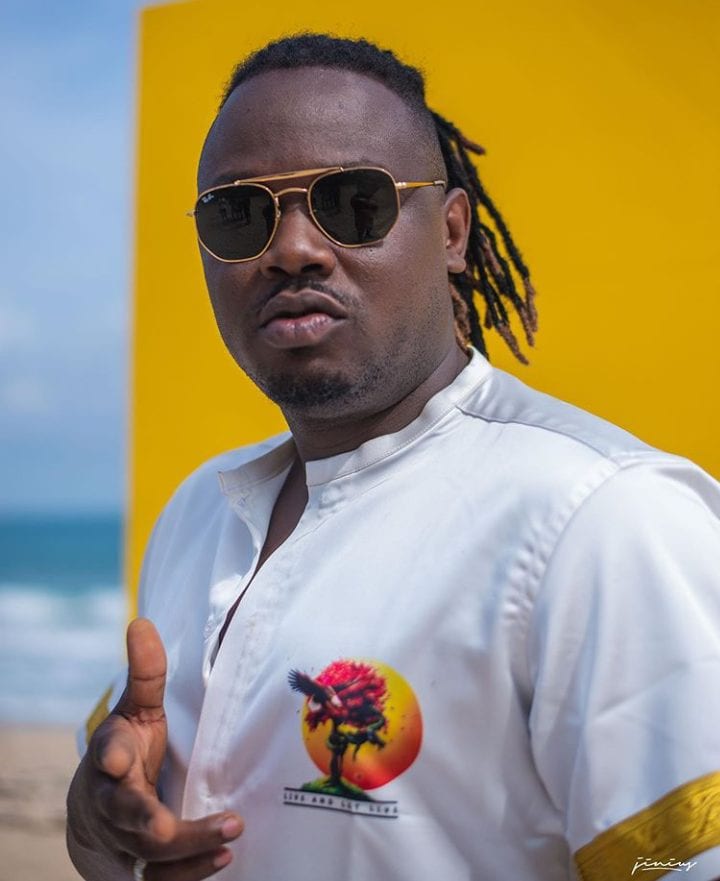 The world is going through stuff. I wouldn't tag it "interesting," but what do we do? Run off the cliff of sanity? Plunge our heads into miserliness? What to do, what to do when reality becomes a bad dream we never saw coming?

Musicians don't have the answer. And don't let the prefix fool you: Dr. Sid prefers the microphone to, say, a stethoscope. In 2007, he put himself fully into the music, after a long period of alternating that with his career as a trained dentist.

So, while we support the relevant experts in fighting this 21st century horror, the musicians –after a brief period of wondering if now's a good time to put out music– have now taken to their catalogs, their intent being the show, simply, must go on. Hence, there's an heavy inflow of new music being released.

Enter Dr. Sid. While the long stretches between his music projects might account for some obscurity, the man who gave us "Surulere" never truly lost it. A demonstration of this is his new 5-track EP which literally promises to be interesting.

The Interesting EP is a cocktail of Sid's signature style, the brilliant input of its features (Don Jazzy, EYANGO, M.I Abaga & Ladipoe), and the vibrant sound –created by top tier producers such as Ozedikus and London, amongst others– that runs through its 16 minutes will have you deep in "a kind of energy."

Edited for clarity, below is a text of a phone conversation I had with Dr. Sid.

When was the idea to do "The Interesting" EP hatched?

Okay, so "That's Interesting", I'd recorded that song about two years ago. And the songs (on the EP) were recorded over the past few years.

What were you going for with this project?

I just work and create music, at the end of day, it's a simple situation; you create music, and put together a collection. To me, my music has always expressed versatility, on different sounds and genres, so that's pretty much my thing. If you listen to my previous projects, you get that. And this one's no different.

Tell us about "It's Interesting"

So, that song was recorded in 2017, it was, you know – we were just creating music and Don Jazzy came up with an amazing vibe and an amazing chorus. It was a conversation, like "hmm, you been say you'll be there with me when I don hammer, that's interesting," and we just built it from there. I think the chemistry that we've had over the years shone through on that track once again; same energy we put into "Surelere" and "Kabiyesi", we put into [That's Interesting] and hope that people feel it and enjoy the vibe.

So why release this project now?

Uhm, there's no specific time. I turned 40 on the first of May, and would have preferred it came out on my birthday, but that couldn't happen 'cos of scheduling, so we put it out a week after, you know? And it fell on the Mavin anniversary, so [it was just perfect].

Recently, your debut album "Turning Point" clocked ten. What do you remember from that time?

Mehn, that was a whole different era. That was the era of Mo Hits. We were on fire, untouchable. "Turning Point" was my first solid project, cos I'd released a bunch of projects as part of a group. So, yeah, it's a different vibe, different feel. Don't think I can compare that to what it is now.

You started out as a rapper. Are you listening to Nigerian rappers today? Who are your favorites?

I think M.I is still one of the hardest rappers, you can tell by his verse on [The Interesting EP]. That's a vibe. He brought the exact energy that I wanted on that track. Some of his own works as well. I mean, rap music is timeless, it's not going anywhere anytime soon. And Nigeria has lots of talented people. I mean, YCEE is doing pretty well, guys like Dremo. The sound and the energy, and he's an all-language guy. So, I support the genre, I listen to pretty much every rap song or project I get my ears on.

Tag someone who is interesting to you. Please Listen to #TheInterestingEP out now https://t.co/ExdB1fEml2 pic.twitter.com/fATitJSKBm

Your label mate Ladipoe, of course, is featured on "Lit."

Ladipoe is actually one of the most creative rappers I've met. Like, he pays attention to the delivery, he thinks on a totally different level. He raps in triple entendres (scoffs). I don't even know how to describe it. When you think a word has a double meaning, then there's actually a third and I have to give him props for that.

[He] always brings positivity and energy to the studio. His input is timeless, I mean, look at his work with Simi right now, you can tell the creativity and meticulous nature that went into the planning of that song ("Know You"). He's such an amazing and talented artist, and it was so much fun working with him. He worked on that project a couple of times, changed a few things. I really enjoyed the experience, and look forward to working with him in the future.

Recently, Mavin Records celebrated 8 years in the business. What's the general atmosphere around the label like?

We're excited about what we're doing, you know. It's a good time, the energy in the camp is always high, and we're looking forward to the future. I think we've accomplished quite a bit in the time we've been here, and we look forward to bringing in the new generation of artists to keep on pushing the boundaries. Mavin's aim was always to increase the roster, always add more talent to what we have and get more people out there. We're not looking to be a 5 or 6 or ten artist label. The idea is to have 20, 30 artists; be a proper record label.

Will you be following up on "The Interesting EP" with an album?

I would say probably, but I'm not sure.

What's the listener getting from this EP?

It's a kind of energy, to be honest. Most of my songs either send a message or uplift and that was pretty much my ideology [making this].

Will you be shooting some videos?

Say someone hasn't listened to a Dr. Sid song ever before. What song are you playing to get that person to forever bump your shit, so to say?

Wow, that's actually a tough one. There's too many to choose from! Which song would you pick?

Wow, that's a good one. I really like "Love Mine," I mean it's – wow, I dun make music sha. "Love Mine" is definitely one that I will push forward but you know, one of my favorite songs is a song called "Princess Kate," off the Siduction album.