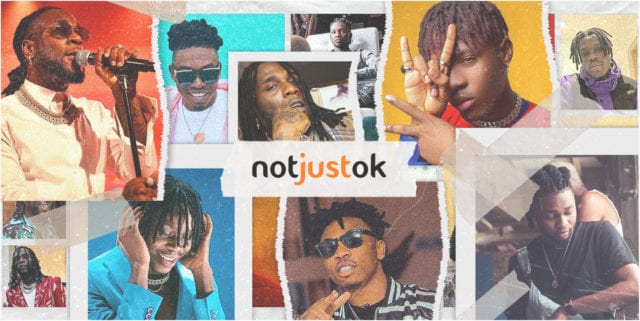 Before the emergence of Digital Streaming Platforms, a significant era in music distribution in Nigeria was the CD era. In a series of Instagram live videos, veteran Nigerian rapper, Lanre Dabiri known as Eldee explained how he pioneered what would become the Alaba Distribution Model - the most popular means of distribution yet in Nigeria. Eldee, then a member of the rap group, Trybesmen ardently sought means of efficiently distributing the group’s music, after struggling to break through the payola barrier broadcast media - radio and TV - presented. Eldee met with Tjoe, one of the biggest traders in the market that was then known for trading electronics. “The traders in the market had an association. As a matter of fact, they did not want us in that meeting, but Tjoe was a smart man, he saw the vision,” Eldee mentioned to me over the phone from his homestead in Atlanta. “The deal was that we would give them our original tapes and we would use their network to distribute. I got a loan from my mom, and I used Corel Draw to design the album art. I created the CD jack because at the time CD cases were more expensive than CDs and I went to Shomolu to print it. Everything sold out instantly. ” 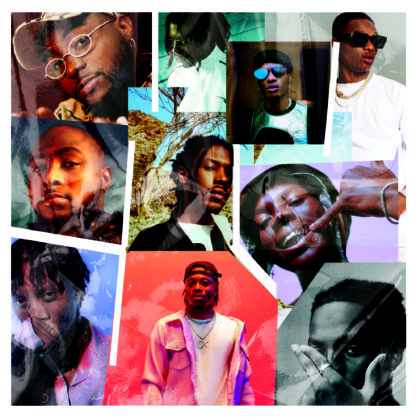 That deal laid the foundation for a new wave of music distribution in the country. 2Face reportedly sold almost two million copies of his debut album and D’banj reportedly licensed his debut album, No Long Thing, for a fee of ₦500,000. A huge amount of money in those times. But the Alaba Distribution Model soon turned to a haven for piracy. It was simple economics; demand was at an all-time high, the supply had to match the frequency, and the know-how was not difficult. “People were getting ripped off because they did not have enforcement. When we met Tjoe, we had a contract. If the next five people stuck with that contract, nobody would have been ripped off," Eldee acknowledged. Compilation CDs that featured songs from several artists soon became rife around the country. The rigorous nature and endless politicking at the Copyright Society Of Nigeria (COSON) would further enable the Alaba Boys and, till this day, due to their widespread reach, some artists still go to Alaba to distribute their music.

The internet age welcomed new innovation and ease of doing things across all sectors. The world became a global village where one could travel around the world with just the click of a button. Information spread faster, messages travelled beyond borders without visas, and music became more accessible. With the advent of the internet came music websites - like this one you are currently on - where people downloaded music for free. Several franchises profiteered off this new means of music distribution. In an expansive music market like Nigeria where artists abound across all corners, artists soon began to pay these platforms to distribute their music and these platforms established their footprint as gatekeepers in the ever-expanding yet narrow Nigerian music industry. But this was not exactly how Ademola Ogundele, CEO & Founder of Nigeria’s foremost music website, Notjustok, planned it. “It started with me just sharing the music I listened to. I had recorded a performance of 9ice at a Nelson Mandela party.” The idea of making the music available for free downloads would come later: “People were looking for music online, especially in the diaspora. A song would come out in Nigeria, but the diaspora wouldn’t get it till three months later because someone had to travel there with a CD.” Ademola said over the phone. He noted that the internet distribution era was better than the Alaba Model because artists had the opportunity to get their music distributed worldwide. The more popular a song became, the more shows the artist performed at. It is this same global appeal that Ademola reckons positioned music websites as gatekeepers of some sort at the time.

Although the internet era availed more data than the Alaba model, the artists only enjoyed the direct engagement on their songs via comment sections. “The data was at the backend, the artists and decision-makers did not have the data”. Ademola remarked. The number of downloads a song had could be monitored, but the songs could be shared amongst people via Bluetooth. One person could download a song and share with as much as ten other people and maybe more. There was data but its veracity was questionable. 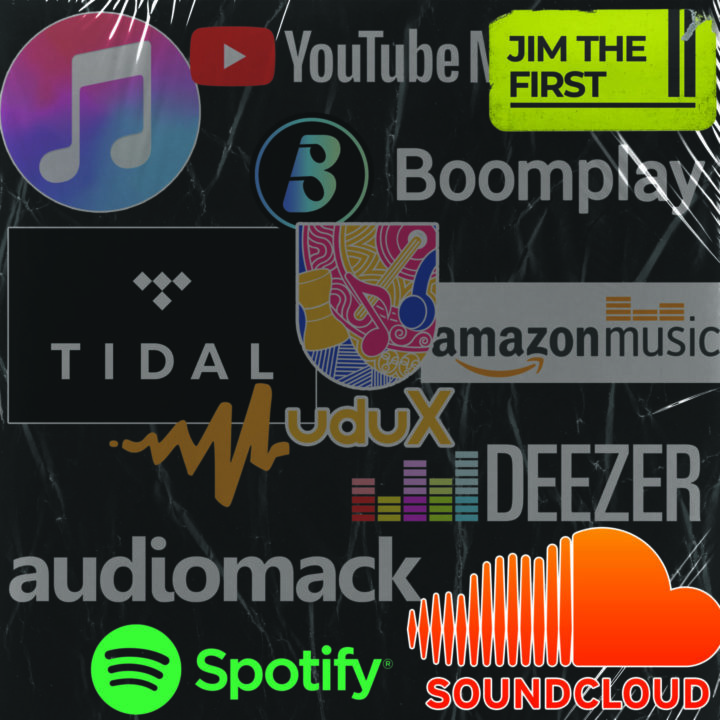 Originally developed by two Finnish brothers but later acquired by a group of Nigerian investors, Spinlet launched as the first music streaming service and digital distribution firm in Nigeria in May 2012. Dubbed as the iTunes of Africa, Spinlet failed to penetrate the market and register as a go-to hub for music by Nigerian music consumers. In a 2013 interview, previous CEO, Neil Schwartman said “Digital is the future of entertainment. Music fans all over the world are choosing to listen to their music, when and where they want.” Neil was right, but Spinlet was ahead of its time.

In 2015, Apple-owned streaming service, Apple Music, and Transsions holdings-owned streaming service, Boomplay launched. Initially exclusive to owners of Apple products, Apple music would later launch on Google Playstore for Android users while Boomplay came pre-loaded on Tecno phones who currently hold the largest market share among smartphones in Nigeria. In 2018, Boomplay launched on IOS for Apple users. Apple music believes it is Nigeria’s largest premium music service and songs and albums chart quicker and higher due to the strong listening hours/engagement on their service. Although Boomplay supposedly has more users than Apple music, a frequent complaint by users is that its user interface is not as fluid and for Deji, a cinematographer, who constantly uses both platforms, the music library of Boomplay is just not as extensive. For artists, it is a mix of the global appeal, the availability of data, provision of income and the exclusive nature of the Apple brand that makes Apple music a preferred metric for measuring success.

Recently, Nigeria has been a go-to spot for streaming services with Tidal, Youtube Music and Audiomack launching their franchises in the country. In such a short time, Audiomack has registered remarkable penetration in the Nigerian music consumption quarters with artists such as Ladipoe premiering his Revival Sundays exclusively on the platform. David Ponte, Co-founder and CMO of Audiomack, opines that this penetration is due to their artist-centric focus “Our marketing approach from the get-go was similar to our overall strategy: provide value to artists and prioritize their needs first and foremost. If we succeed doing this, then the artists will evangelize the platform for us and share their music on Audiomack with their fans, which helps organically grow the platform” David shared with me via email. 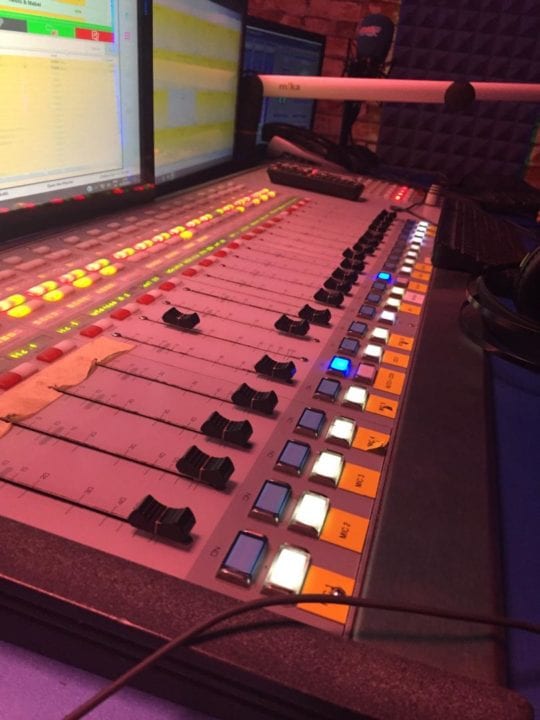 Henry Ugwu, the former nationwide head of New Media at Cool FM, Wazobia FM & Nigerian Info FM, says the difference between Audiomack and Apple Music is their approach “The global brand takes a higher pedestal. People believe global brands have better accountability. Audiomack doesn’t sell to people as a global brand, they sell like they are selling in Nigeria”. Henry also claims Apple edges other DSPs in Nigeria with other factors and not just music; “Playlisting is the major selling point for any digital streaming platform. Apple Music doesn’t have the best playlists generally but they have the best playlists in Nigeria. Their library, as well as their radio programming, are added advantages.” Osi, an On-air personality at The Beat Fm in Lagos, famed for its urban appeal, says that radio might still be the most accurate metric yet for the biggest songs in the country. "What's the penetration of apple music is what the issue is. What's the percentage of people in the set population that have iPhones? When you start to take all these indices into perspective, you see that it is a very tiny drop in the ocean. In a country of two hundred million, until you can get fifty million to sixty million users then we can begin to say it is an actual representation of what is going on” Osi tells me via a series of Whatsapp voice notes. “There is a radio in almost every home in Nigeria, radio is still one of the best metrics to measure how great a song is doing, if a song is great it definitely should be on the radio.”

Lately, many online franchises have come up with their own “official charts” that they claim measures the biggest songs within the country. Most of these charts are said to be backed by data from DSPs, so inherently these charts are DSP charts and cannot accurately measure the biggest song in the country if the DSP’s do not possess the required penetration to form an authority on such matters. However, Some radio stations have started collating their own digital charts with Cool FM and Soundcity FM leading the pack. Henry says that these charts can only represent an accurate metric in the long run. “Radio takes data from Apple Music, Boomplay and many others, requests from listeners and the songs competitors are playing. So they can actually represent the closest accurate metric but the radio and digital charts would always lag because radio charts are often about longevity.”

In a bid to solve the persistent data problem that has plagued the Nigerian music industry since the Alaba Distribution days, Eldee launched Playdata. Originally started in 2012, Playdata was built to serve as a tracking system that monitored radio plays, and embedded data from DSP’s to form the most reliable measure of success of Nigerian songs but it was plagued by a singular issue - transparency. “Transparency was something that people did not appreciate. I offered it to COSON for free but they did not like it because it would create room for people to audit them” Eldee explained to me “The advertising side did not like it because people would have been fucked up, the media buyers did not want the transparency because then it would expose the corruption within the system. Even the artists did not want transparency.”