Headies 2019: Curious Observations About The 13th Edition of The Award Show 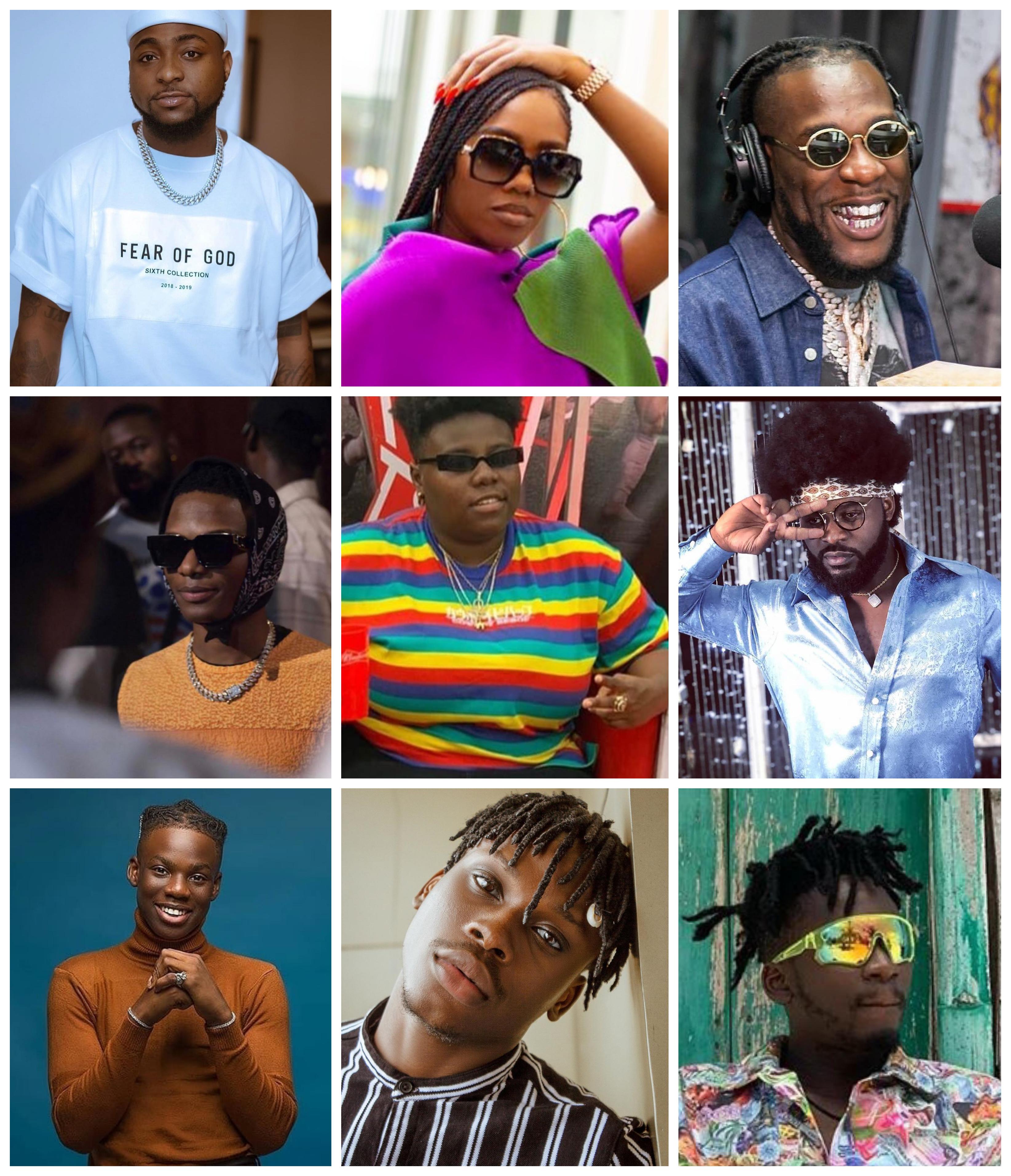 Some of the nominees for Headies Award

Yesterday, on October 1st, one of Nigeria’s most prestigious award shows, Headies, officially released the full list of nominees for its 13th edition. They began receiving entries on September 21, 2019. The Headies 2019 edition is themed ‘The Power of A Dream‘

Between January 2018 and June 2019 is the time to be considered for giving the awards. The 2019 Headies award show is scheduled for October 19, 2019. The venue for the event is undisclosed. This year’s edition boasts of 23 different categories including Best Recording of the Year; Best Pop Single; Producer of The Year; Best Rap Album; Best R&B/ Pop Album; Best Collabo; Best Rap Single; Best Vocal Performance (Male); Best Vocal Performance (Female); Next Rated, and many more.

There are also some special categories like African Artiste Recognition; Headies’ Viewer’s Choice; Industry Brand Supporter; Best Performer; Songwriter of The Year; Special Recognition; Hall of Fame. Out of 29 categories that were originally announced, six of them were exempted. Categories such as Best Reggae/Dancehall, Best Alternative Album, Best R&B Single, Best Songwriter didn’t make the cut.

You can check the full list of nominees of the 13th edition of the Headies award here.

New (And Underground) Artists Getting Recognition

I think one of the standout things in this year’s Headies is that new artists with the inclusion of Fireboy DML, Rema, Oxlade, Barry Jhay, Joeboy, Buju, Goodgirl LA, Tems, and more all received nominations.

It’s a testament to the fact that the new wave of Nigerian artists are gradually taking over the industry. Considering the great impact they have had so far, it’s incredibly exciting that they’re getting recognition for their work(s).

It’s quite puzzling how some names appear in certain categories. At this point, nobody knows the metrics being used in placing artists in respective categories. Firstly and most importantly, are Rema, Joeboy, and Fireboy DML not supposed to be in the Rookie of the Year category?

Secondly, people are asking what Victor AD and Lyta are looking for in the Next Rated category. There’s also Humblesmith who’s in the Hip-Hop World Revelation. Why? Crayon in the Rookie of the Year category? Isn’t that a reach? How much impact has Crayon had on the Nigerian music industry since he gained prominence? The list has incited a conversation and there are several unanswered questions. A large number of the audience seeks to understand what the Headies is trying to do.

Naira Marley, Rexxie, Blaqbonez Missing Out on The Headies

There have been series of arguments about who should be producer of the year. And the battle has mostly been between Killertunes and Rexxie. Respectively, both music producers have produced massive hits. Songs like Able God, Opotoyi, Zanku, Soapy, all have the Rexxie signature on them. Imagine the surprise on everyone’s faces when the Headies nominees list came out and Rexxie‘s name was nowhere to be found.

As if that wasn’t enough, Naira Marley received no recognition at all from the Headies. It wouldn’t be a hasty assumption if one said that Headies intentionally omitted the Japa crooner’s name because of the controversies that surround his brand as a musician.

What happened to the best rapper in Africa? Or has he yet to prove himself worthy of recognition (and awards)? Blaqbonez dropped a life-changing album, Bad Boy Blaq, last year and some critics have since said that he played an instrumental role in reviving hip-hop from the grave. It’s nearly heart-shattering how the Headies managed to ignore him and the impact he has had recently on hip-hop and pop seems to have gone unnoticed.

Another artist that’s worth mentioning is T-Classic. This man has successfully released two hit songs back to back; Fall In Love (featuring Mayorkun) and Nobody Fine Pass You. If anything, he deserves to be in the Rookie of The Year category.

Why’s Peruzzi not in any of the categories too? The questions are endless and personally, I think this is the worst edition of the Headies so far. Everything just appears muddled up.

The Artist of The Year category is one of the most important. Personally, I believe the only valid names on that list are Burna Boy and Falz. And the other names that should be rightfully there are Zlatan Ibile and Naira Marley. Both artists have had a good run since last year and still remain some of the hottest acts in the game.

It is believed by some people that Wizkid, Tiwa Savage, and Davido made the list based on sentiment.

A lot of music lovers have taken to their Twitter to react to the nominees list. Check some of the reactions below;

Naira Marley didn’t make the Headies Nomination, Zlatan is on Next Rated ? which kind Headies be this? ?? #13thHeadies

Joeboy made 4 categories at the HEADIES this year. I might need a trumpet!!!.

Headies is literally mad, how would you nominate Barry Jhay as rookie of the year, then nominate Lyta as next rated. What kind of madness is this @HipTv @hiptv_nigeria pic.twitter.com/BBO1Bh8uBg

They should beat everyone involved in the compilation of that headies nomination list.

How would Rema leave Rookie to contest with Zlatan in Next rated????

Headies is fucked up in advance…#13thHeadies

Best and most inclusive Headies nominations in a minute, maybe ever.

Wait @The_Headies u guys didnt norminate T- classic and starboyterri in any of the categories and each of them has more than a million views on their debute singles and oxlade that does not have even lyta was nominated. U guys are big scam

It appears Headies doesn’t know the difference between Rookie of the year and Next rated.

We are patiently waiting for the day of the award show. Hopefully, there would be no ruckus like when Reekado Banks won the Next Rated award over Lil Kesh as Rema (Mavin) and Fireboy DML (YBNL) are in the same category. Some Marlians have also said that they intend to invade the event and cause an upset.