Erigga shines through on 'The Erigma II' - The Album Review 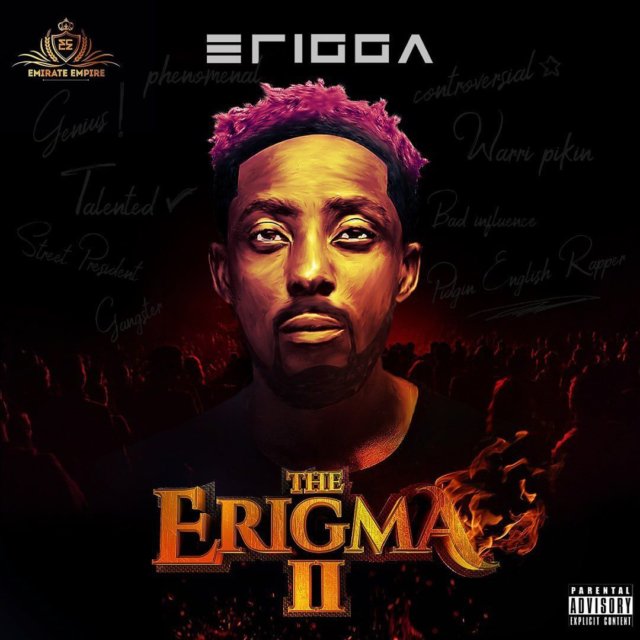 On Payper Corleone’s album, The Fly Gangsta from the 90s, the Warri-bred rapper Erigga features on a track, “Raw”. In his second verse, he rapped the line: “I said f**k the full industry; nobody reply since.” Quite the excellent feature Erigga turned out to be, delivering line after line, laced in self-assurance and braggadocio. It is, however, the cited lyrics that perhaps, bears testament to his place in the Nigerian Hip Hop scene.

Ordinarily, every rapper stakes a claim to the throne, that which has famously held the weight of the likes of Mode9 and M.I. Since 2012, many rappers have engaged the microphone with anger borne out of desire: they sought the tag of a great. And Erigga, whose debut album came out around this time, has been on the borders of this conversation, albeit out of it. His position is unique: for every “serious” rapper with the ilk of a Boogey, Erigga was a provincial ruler, the King of the South whose impact on the mainstream (which features Lagos as its headquarters) was limited. Loved, his fans are some of the realest you’ll ever know: his shows sell out, his music is massively consumed. And yet, when the conversation about greats begins, Erigga’s name notoriously goes missing. So when he raps about dissing the industry, it could be two things: either the industry and its gatekeepers knew he was a good rapper, and a reply was useless; or, they didn’t receive a diss in the first place.

It is with his unique promotion strategies that Erigga has, over the years, stayed on the radar, yet underrated but at the most, considered a sort of Malcolm X by his fan base. With The Erigma 2, Erigga has rewarded their patience – not that they were starved of content. Erigga, two tears prior to this album’s release, had released an EP - A Trip to the South - and a host of singles, many falling under the radar with the exception of “Motivation” – featuring Victor AD – which became a commercial darling. That song, in trademark style, features lines in Pidgin English, drawing proverbial nous from the oral tradition of the streets. 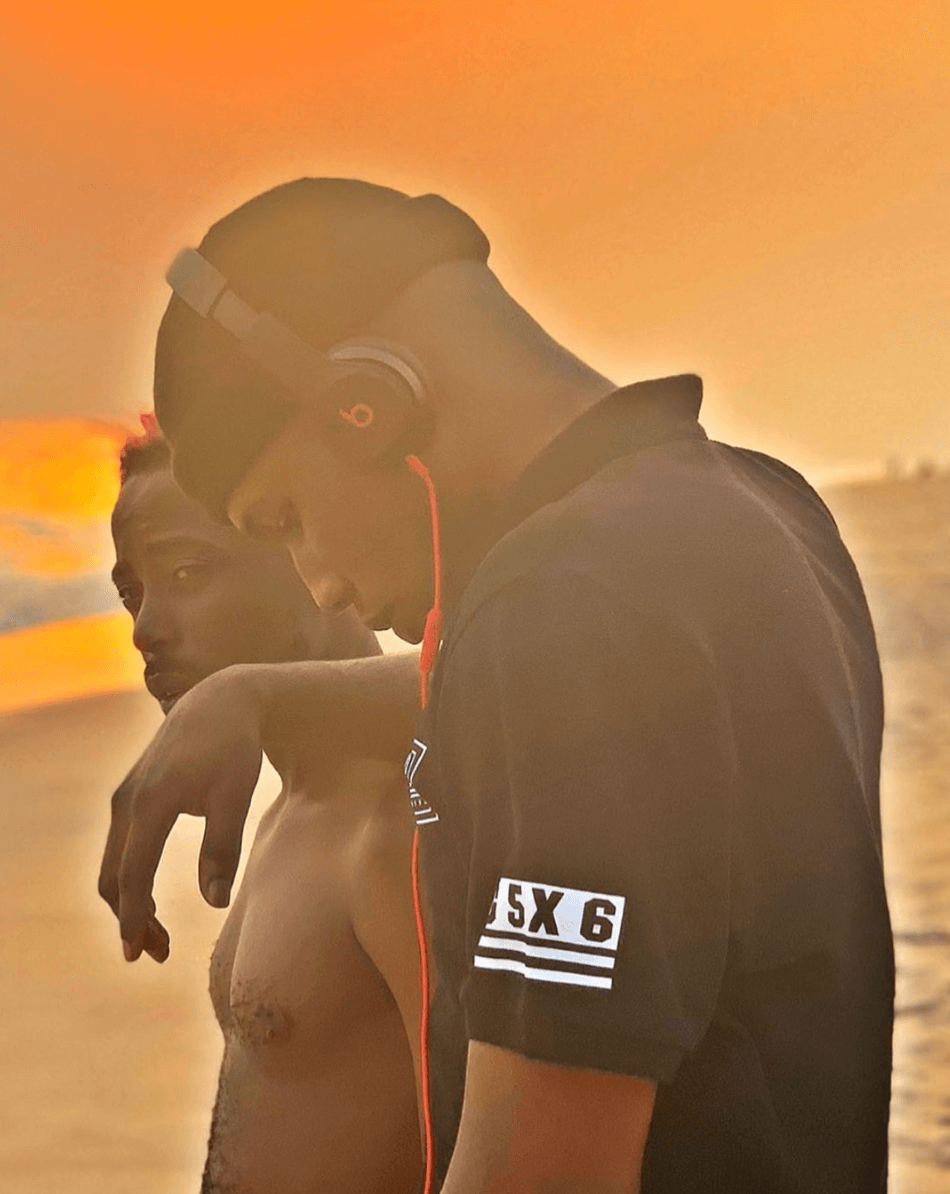 One of the earliest pieces of advice offered by a writer is to show, not tell. While Erigga’s creative process is yet unknown, one can clearly see the richness of his lyricism, spiced by the infusion of Hip Hop’s core elements: Punchlines, wordplays, metaphors, and the rest; all these, Erigga uses as a grand prop to the overarching desire of telling a story. He is a man who has seen the streets in their crazy and unpretentious self, and his music is a colorful depiction of the Warri life he grew up in and still breathes.

It is in this context that Erigga opens his latest album. “Welcome to Warri” begins with a comic anecdote on the streets – to use the term broadly – of the South. Over a steady drum pack, Erigga welcomes the listener into a world where all is tough and only the tough survives. The preceding song, “Area to the World” features Victor AD, who, it should be said, needs to do a collaborative tape with the rapper. Erigga tells a glorious tale of how, from gloomy beginnings, he now lives well.

The first two songs could easily be ‘Open and Close’ – listeners of Erigga know how celebratory his recent music can be. However, the Erigma 2 is not chronologically structured. In between the peanut butter of a story, (grass to grace) are separate events presented in songs; sometimes thematically linked, sometimes far-flung from each other. The listener will do well to search for the loose threads, and make from them, whatever he or she must.

“Next Track” brings to mind M.I’s self–appraising “Number One”. Oga Network, handling hook duties, delivers splendidly. A potential hit, it joins “Two Criminals” by virtue of this, and the brags inherent in them. “We be bad man original,” he sings on the Zlatan Ibile–featured song “if no be money matter, please don’t call my cellular.” “Body Bags”, featuring Ice Prince, follows this trend, with both rappers trading bars over a Trap-influenced production.

Early listeners of Erigga know of his favored themes. Among a myriad of topics Erigga has rapped about, it is about his sexual innuendos (and experiences?) and the socio-political life of Warri and elsewhere, notable places where the lives of youths, the bulk of Erigga’s fan base, are perpetually threatened by insecurity, poverty, peer pressure, illiteracy, and more recently, by agents of governmental security institutions, notably the Special Anti-Robbery Squad (SARS) and the Nigerian Police Force. The Erigma 2 is no different: these themes are usually at the heart of the album's brightest moments.

“Cold Weather” and “Home Breaker” are indications of the first marker. On the former, Erigga makes quite the entry into someone’s sex playlist; of risque wordings, he paints a succinct picture of what it means when he’s behind a door with a woman he has ‘plans’ for. The latter is a rather curious attempt by Erigga to make a politically-correct song: he bemoans the side chicks in his life, and wants to be faithful. But alas, he seems the type who couldn’t even if he tried. However, on “My Love Song” and “Ayeme”, there are adorable verses (and sugar-coated hooks from Sipi and Yung Zee Onos) which sell the possibility of a satisfactory ending after all.

Of socio-political commentary, look no further than the tracks “Oyo”, “Area People”, and, not limited to these three, “Victims”. On this, he raps the lines: “I no dey too smile, you suppose know the reason/ half my squad dun poof, the remaining dey prison…” 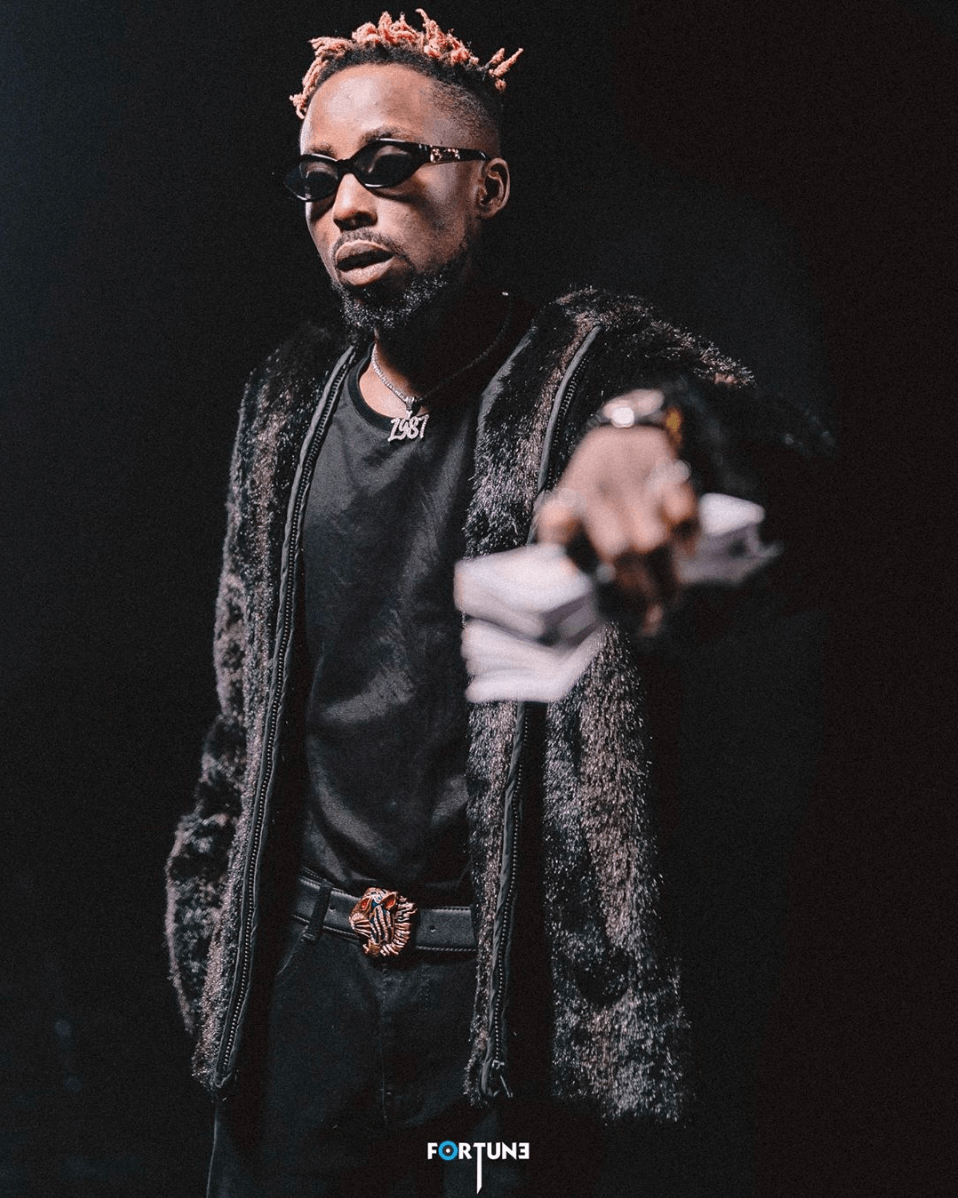 The closer track, “Goodbye from Warri” follows in the same style of character-driven storytelling which drives the opener. On the first verse, Erigga presents My Senior Bros, a person who is a cultist, a rapist, a thief, and an acquaintance of police officers. This person presents the complexity of a typical Erigga character: on the last line of the verse, just before he is killed, he advises Erigga not to be like him. At the other end of a makeshift-sounding hook, Erigga presents the gore of the nineties, time-lining street acts of violence in his lyrics which are as blunt as some of his final words, where he speaks of how fans has been telling him to return to the themes of his early career; at the end of the Erigma 2, he reveals that from now on, he is no longer revisiting the pain of the paths he once walked.

Brings to mind, what is an Erigga without the currency of his tales? Isn’t it the way he has bought a place into the hearts of his fans? However interesting it might be to peruse this, the Erigma 2 has been released, and it calls to the ears of all who appreciate thoughtful lyrics. Erigga’s growth is evident here, too: his songs sound more complete, the features perfect, his lyricism, unlike some past cases, do not drown the listener in its verbosity.

In-between carefully exploited spaces, “heavy” topics are addressed. Lighter themes too, add variation and the possibility of commercial success for some of the songs – already, A-List features like Zlatan, Vector and M.I fulfill this. It is 2019, and I expect that after people listen to this album, most will reconsider their stances, shame their elitism, and admit: Erigga is a Nigerian Hip Hop great.