#EndSARSBrutality: It Is Time For Our Artists To Collectively Use Their Voices To End The Injustice

Sometime last week, I faced what can only be described as the most horrific moment of my life. I left my house to go withdraw money from the ATM only for me to be arrested by policemen who identified themselves as Anti-Cultism unit. I, together with other unlucky folks, was brutally harassed by these men. I was later informed by them at their office that we were being detained because of our hairstyles. I had to pay heavily before these bloodsuckers released me.

It was not the first time I’m experiencing the viciousness of the Nigerian police. But it was certainly the first time I was being attacked by the men that are sworn to protect the country and its citizens over no tangible reason. These men operated on the roads of Lagos, picking people at random without any offense being committed. All of these they did solely to satisfy their pockets. An added benefit is the misuse of power they enjoy as no one dares to stand up against them.

Nigeria is in shambles. Nothing is working. Its citizens are always scared for their lives. The roads are bad, the economy is poor, the condition of power and electricity is in a terrible state. The country is drowning in poverty and corruption is at an all-time high. It doesn’t come as a surprise that law enforcement agencies such as the police force derives pleasure in terrorizing its citizens.

After my experience, which I narrated on my Twitter page, I learned that the operation had been ongoing and Nigerian youths are a target for these evil beings. Without any prior information that might lead them to suspect anyone, these Anti-Cultism unit has taken it upon itself to make life a horror for young men especially. They profile boys by their hairstyles or tattoos or their looks in general and hastily conclude that they are criminals. They accuse them of belonging to cult groups so as to extort them using bail as a guise.

The Anti-Cultism unit is a reform of the Special Anti Robbery Squad (SARS) - a crew of policemen that had been dissolved due to the steady violence they unleashed on Nigerian youths.

Although, some people (including myself) have taken to their social media pages to recount their ordeal at the hands of these fiends, imploring influential personality Segalink to advocate for the end of this police force. More attention was paid to the injustice when a young man was declared dead after being struck by a stray bullet somewhere in Mangoro. The Anti Cultism unit officers were identified as the perpetrators. In their attempt to arrest a guy because of his dreadlocks, one of the officers reportedly shot the young man (known as Kolade Johnson) for trying to interfere. 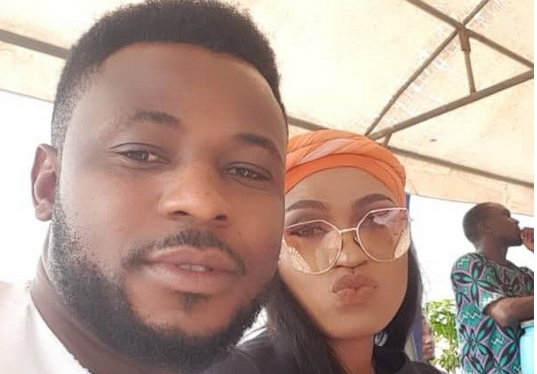 My heart bleeds. My soul weeps. Why? Nigeria, why? How long do we have to be victims in our motherland?

We can no longer sit around and watch these men take our lives unjustly. Something drastic must be done about this terrifying situation. It’s not until someone we know personally suffers at the hands of these criminals before we react. We can no longer endure the savagery.

Music - and musicians - have a humongous role to play in tackling this iniquity. This is the time for our Nigerian musicians to come together and collectively use their voices. They can make use of their influence to effect a change in the society and possibly put a stop to this menace.

It’s quite encouraging to see that Afrobeat legend Femi Kuti is one of those who has lent his voice to the matter and is willing to push for the dissolution of the Anti-Cultism unit.

I’m over 50, but I think we should all raise over voices against injustice or it will swallow us all eventually . A peaceful protest organized very well count me in. https://t.co/owBGrm1Tr9

Many other Nigerian artists have passed comments on the injustice and have taken to their Twitter pages to join the #EndSARSBrutality trend. Emerging acts like Dapo Tuburna, Blaqbonez, Oxlade alongside established musicians like Falz, Tiwa Savage, Davido have asked for the police officers who committed the atrocity to be held accountable while imploring Nigerian youths to do a peaceful protest.

Holding iPhones is NOT a crime, Holding Laptops in NOT a crime. Searching of phones and laptops without WARRANT IS A CRIME!!!!!

Something has to be done, we can’t go on like this. #EndPoliceBrutality

I love each everyone of y’all please lets all be safe and spread love ! Clearly 2moro ain’t promised .. sigh

If you’re within 18-50 and you really want an end to sars ... let’s all do a long walk protest ! I mean like 7000 people ! Zero work ! Zero market day! The government depends on us to function ! All this tweet na for trend Mehn

@PoliceNG @PoliceNG parade the men involved in the killing of Mr Kolade Johnson, so we know you have the right people and we also see they are truly in custody. #ParadeKoladesKillers
that's what we want. Not just a press release.#justiceforkolade
Twitfam RT till its done

I will take your word for this when I return back champ. and if you have plans you can take my word for it too. https://t.co/VJqK7FVUX8

I’m tired of tweeting hashtags and shit
When we’re ready to hit the streets
Sign me up!

Imagine leaving your house and wondering if it's the day you get arrested or even shot by law enforcement because cultists have a catalog they all pick hair styles from. Let's say you escape that, you're still wondering if you'll make it home without being crushed by a container.

As long as our musicians continue to use their voices just as Nigerians are crying out for the brutality to be brought to an end, then there is hope. Maybe truly, the terrorist group masking as policemen will be disbanded.