Don Jazzy #Enigma Beat Competition: ... And We Have A WINNER!

The moment we've all been waiting for has finally come. Here are the winners of the Don Jazzy #Enigma Beat Competition as voted by you the fans! It took over 1,800 entries, 3 weeks of recording, screening, voting (34,410 votes from different parts of the world), campaigning, hoping and praying for us to finally reach this stage. It has been one hell of a record-setting ride, I must say.

BIG shout-out to Don Jazzy for coming up with the beat (which turned out to be an "Enigma" in every sense of the word), shout-out to ALL 1,800+ artistes who jumped on the beat, and shout-out to YOU for voting, leaving comments (positive or negative), tweeting, facebooking, and everything you may have done to add to the #Enigma-dness across the young Nigerian community worldwide. We appreciate you! 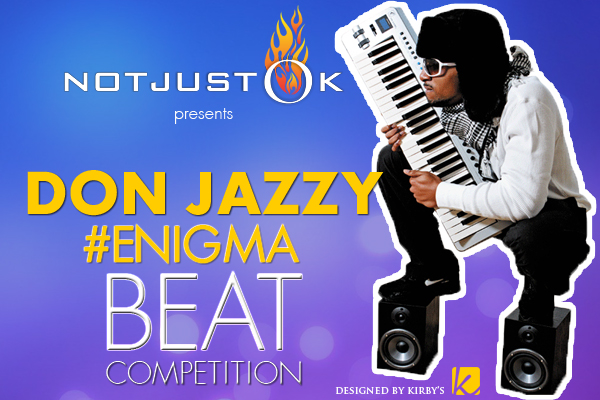 Here are your Top 3 Winners below. We've attached pics and brief info/bios so you can know a bit more about them. 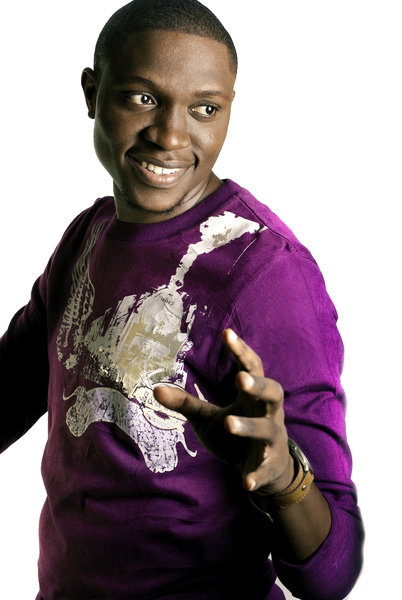 Born and raised in the city of Warri in Delta State, this dude is the perfect example of genius! Good things do emerge regardless of geographical location. The music producer, rapper, singer, song-writer, has decided to make his presence felt in the industry and add value to the world via his music. With the production name MARTIANSHIP and a genre of music that's out of this world, he is gradually carving a niche for himself. He is the past, present and the future, "Amazing" is the word. This is IBK aka Spaceshipboi. 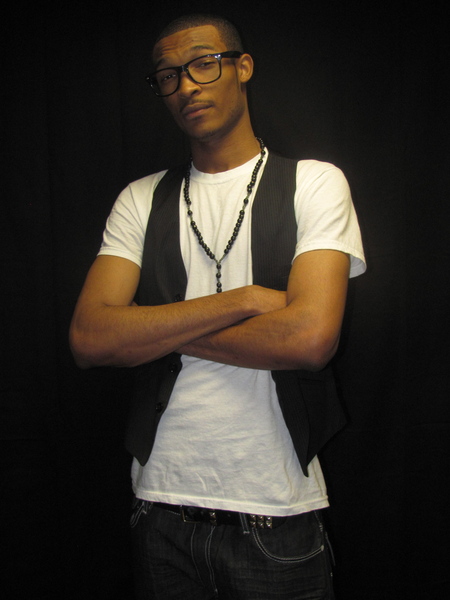 Born to Chief and Chief Mrs. Boniface Unogu of Owerri-Nkwoji village in Imo State, Nigeria. Teeklef’s parents who were both singers in their hay days inspired him into joining the local church choir in Lagos, Nigeria. From leading choir renditions, Teeklef developed into a sensational R ‘n’ B singer, rapper, producer, and songwriter. His dexterity on the piano and drums; alongside his uniquely sonorous voice has earned rave reviews from music pundits.
Teeklef accepted an admission offer to the University of Indianapolis (UIndy) in the United States to pursue a degree in music, which he later abandoned for Human Biology. However, he developed into a campus celebrity performing on every campus-wide event. Soon major campuses in the Midwest including Indiana University Bloomington, IN, Manchester University, Manchester, IN, and the University of Cincinnati, Ohio sought after him.
Teeklef decided to take his music all the way. While attending school he made music in between doing homework and school projects. He then invested every dime he made from his nine to five summer job into his art. Eventually, he single-handedly built his own recording studio. He wrote, produced, mixed, and mastered his own songs in the comfort of his studio(s) on one hand while he studied on the other, creating a balance.
Teeklef began to land gigs at local clubs and arena’s in Indianapolis, Chicago, New Jersey, Orlando, New York, and Texas. He met with local and international artists, collaborating and networking. With the amount of progress he made, the independent artist began work on his first EP – On a C-Rius Note.

The whole project was completed within three weeks and was released on the 24th of July 2010. Prior to its release, it was sent to major record labels including Island Def Jam, Rostrum, Warner Bros, and Atlantic Records; who all gave kudos to the young musicians' effort. Teeklef recently concluded the Big Bang Tour sponsored by “Vh1 Save the music foundation” and “The Amanti House.” He has his eyes set on making an impact and dominating the music industry with his uniquely creative style of music. 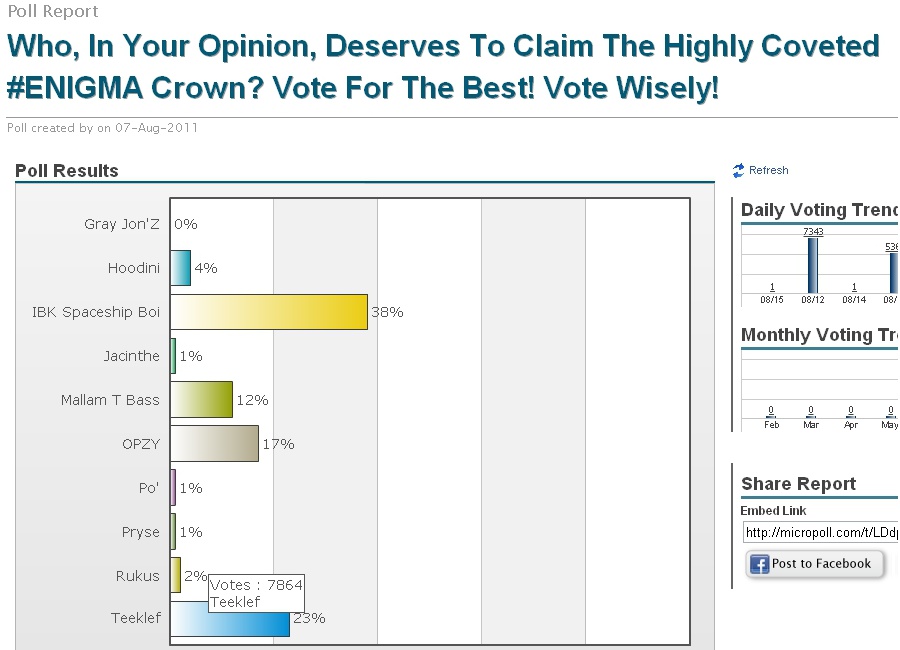 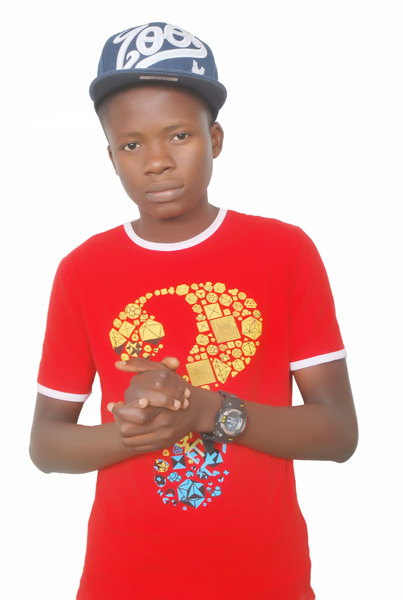 Opeyemi Akinloye aka OPZY was born on February 2nd, 1995. He's from Kuta, Osun State. The young act just finished his secondary school education a few months back. He is also known by other aliases such as Omo To Gba Trophy, Oluwa Eminem, Oluwa Twister, and so on. While in secondary school, OPZY took his time to write down lyrics which he sang to his classmates who often applauded him, so that gave him a bit of confidence to keep on writing, so he moved on from singing in his neighborhood only, and he decided he wants to build his career as a songwriter and a rapper, but no one paid the young boy attention considering his age. His First Single "Money Makes Me Swagger" came and went without any impact in the music industry.

This young act has dropped two more recognized singles "JAIYE BI OBA" and ''YORUBA RAP" which were produced by the ace producer Samklef. The two singles are already making waves in different schools, clubs, and bars. His second single "Yoruba Rap" had massive comments, likes, and retweets on notjustOk.com and many other websites and blogs in Nigeria and overseas. This young talented act is currently signed and managed Under GOLDEN RECORDS. 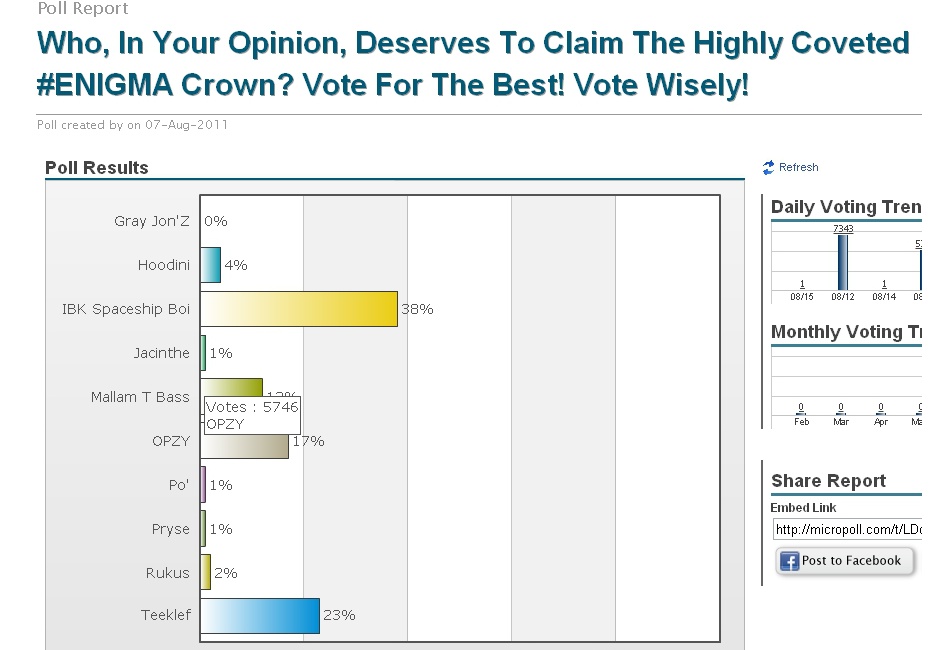 In other equally important news, the "BATTLE OF THE #ENIGMA" Mixtape by DON JAZZY, hosted by DJ NEPTUNE and powered by Mohits Records, Nep2une Ent, and notjustOk.com drops here on the site later this week. It features the Top 50 outstanding entries and 5 special guest freestyles. Several up & coming acts will finally have a voice in the mainstream market with this official mixtape. This signals the end of the #Enigma.