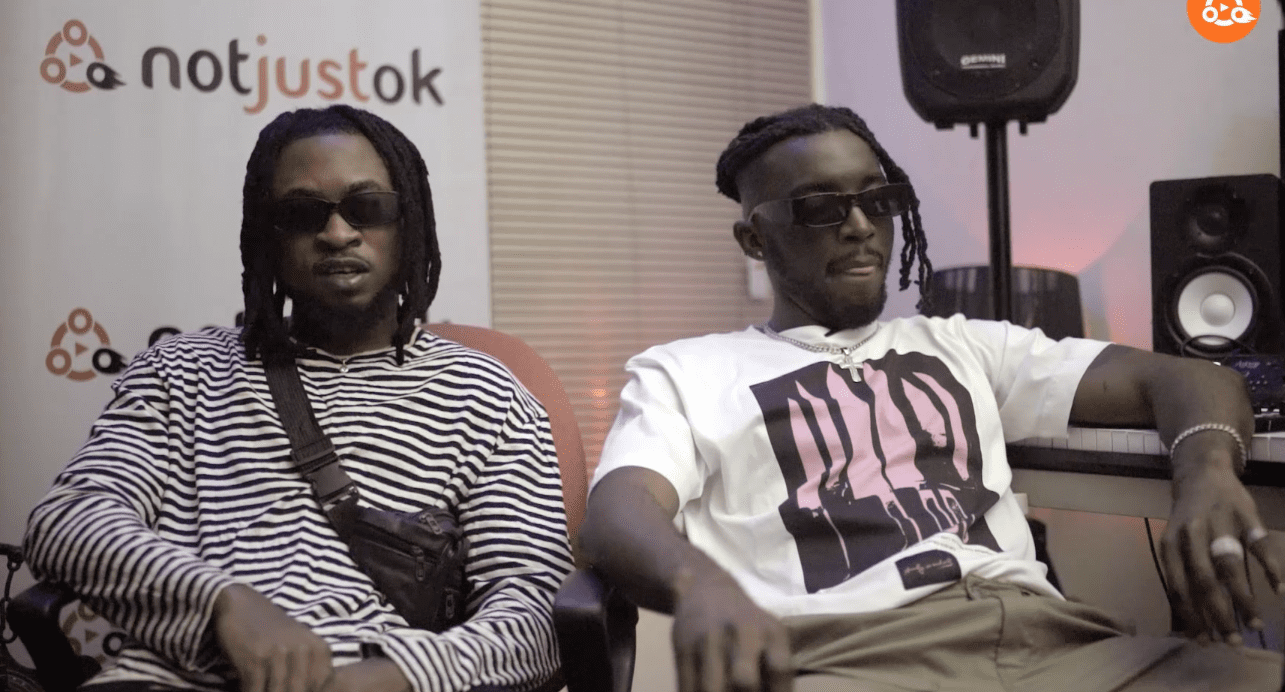 Nigeria's emerging group - PLAYAZ have dropped their latest body of work, the "Playsound" EP and the duo sat down with the crew at NotjustOk TV to discuss the EP, their music and much more.

They also had time to talk about their breakout single - Mad O, which is still currently trending everywhere.

PLAYAZ is a Lagos-based Afrobeat duo who has gained a lot of attraction in the West African music scene by pushing the Afro-beat sound within Afrobeats culture, with their Afro-dance style which has captivated the minds of the majority. PLAYAZ past and present projects have positioned them in the right place and the right time in this last quarter of 2020. The duo Playaz has worked with the likes of Masterkraft, Cdq, Zlatan Ibile, Dejour Gardner just to name a few.

PLAYAZ
As with almost every other talented artiste, PLAYAZ was exposed to songwriting and production, which lead them to major songwriting for the notable artiste in Nigeria and in the foreign scene. In 2018 PLAYAZ teamed up with former 5-star artiste Xbusta to make a collaborative extended playlist called “ FRIENDSHIP” the Ep also gained enormous accolades with a song titled “God Forbid” with over 200,000 views on YouTube and great numbers on the major streaming platform.

After the release of the FRIENDSHIP EP, the duo PLAYAZ said “ we decided to make a vibe off nothing and it became our breakthrough”

The creation of the viral slang and song MAD OH in 2019 rose to prominence when American artiste Cardi B made a visit to Nigeria and she was caught by the viral slang and Song which went viral on social media .and also a heavy rotation on major radio and tv station in Africa and Uk.

Mad oh has gained over 3 million streams on all platform leaving the duo PLAYAZ with more anticipation from fans.

After the success of mad oh, the duo Playaz released another viral song in 2020 titled SHOW DEM which got all the ladies going crazy on Triller and major social media platform. The video was shot in South Africa and the song was produced by Playsound.

PLAYAZ is set to release their first solo EXTENDED PLAYLIST project titled PLAYSOUND. The EP is a self-produced project with co-production from Blaqnote. The EP features the likes of Zlatan Ibile, Jaiçe and Bizzy Salifu. The 7 tracks Ep said by the duo Playaz “ is a collection of great sound and mind-blowing records which is far from the norm “.