Boxing Legend, Manny Pacquiao lost to Yordenis Ugas in a unanimous decision in their world welterweight championship in Las Vegas on Saturday, August 2st, 2021. This was Pacquiao's first fight after two years out of the boxing ring. 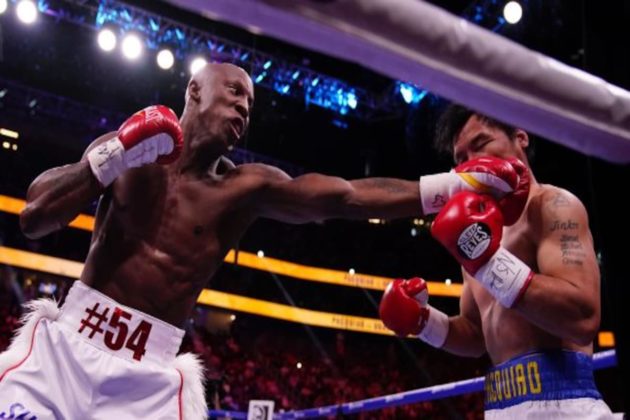 The Filipino was expected to fight IBF and WBC champion Errol Spence Jr, who withdrew because of injury. Ugas dominated the fight from the start; he dished out a jab, which earned him points in the early rounds. Marking around Pacquiao's eye by the fourth round was evidence that the great man wasn't having this fight all his own way.

A right hand from Ugas in the eighth round struck its target and Pacquiao was not able to reply. The Filipino famous left hand hit his opponent for the first time in the 10th round, but Ugas nailed him back.

Pacquiao ended the fight with both of his eyes been damaged by Ugas. The judges scored the fight at 115-113, 116-112, 116-112 for the Cuban. Pacquiao has had some amazing wins in his career, notably against Erik Morales, Oscar De La Hoya, and Ricky Hatton. He also shared four amazing fights with Juan Manuel Marquez. He lost the highest-grossing fight of all time to Floyd Mayweather.