Super Eagles and Watford defender, William Troost-Ekong, married his partner who has been with him for a long time at an undisclosed venue in London on Sunday, October 17th, 2021. 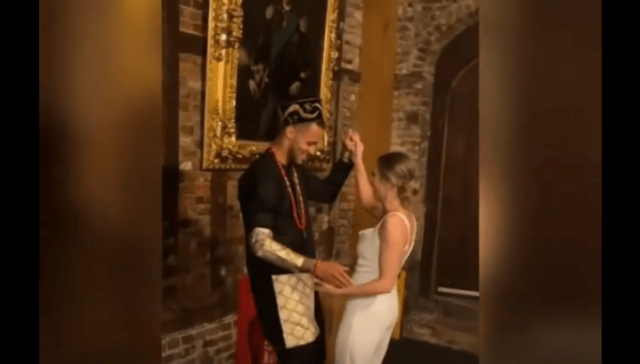 According to reports, the wedding ceremony was attended by Super Eagles' players which includes Leicester City's duo of Kelechi Iheanacho, Wilfred Ndidi, his teammate at Watford, Moussa Sissoko was also in attendance alongside other football players.

The couple took beautiful pictures with friends and well wishes. Nigerian singer, Lojay was also there to entertain the guests at the wedding.