The body governing football in Europe, UEFA, has ordered that the Three Lions play their next European competition behind closed doors. The decision was taken in a meeting held on Monday, October 18th, 2021, as it concerns the crowd trouble at the Euro 2020 final against Italy. 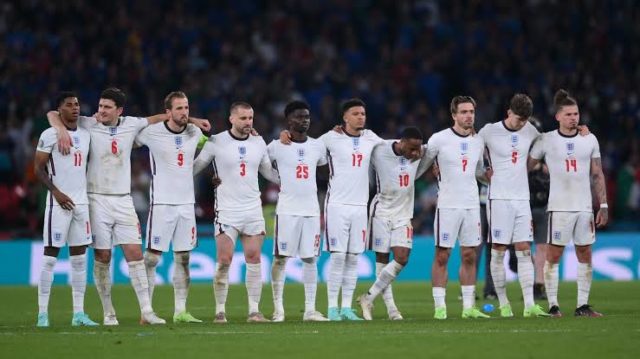 The fans without tickets were seen fighting with stewards and police officers and forced their way into the stadium. UEFA disciplinary investigators have been looking at events involving supporters inside and around the stadium.

The English FA were also charged fined 100,000 euros for another four charges relating to the behaviour of the same. According to reports from Sky Sports News, the charges include disturbances during the national anthems, invasion of pitch, throwing objects, and lighting of fireworks.

A statement was released by the FA after the announcement was made by UEFA, condemning the action of those supporters during the game.

Although we are disappointed with the verdict, we acknowledge the outcome. We condemn the terrible behaviour of the individuals who causes the disgraceful scenes in and around Wembley Stadium at the Euro 2020 final, and we deeply regret that some of them were able to enter the stadium.

We are determined that this can never be repeated, so we have commissioned an independent review, led by Baroness Casey, to report on the circumstances involved. We continue to work with relevant authorities in support of their efforts to take action against those responsible and hold them to account.

There are reports from England that this incident is beginning to put doubts in the minds of the organisers that the FA might be capable of hosting the World Cup in 2030.