Paris Saint-Germain (PSG) is in advanced talk to sign Lionel Messi, just 30 hours after Barcelona confirmed that the Argentine's contract would not be renewed. The French side is leading the race in getting the 34-year-old midfielder who is currently a free agent. 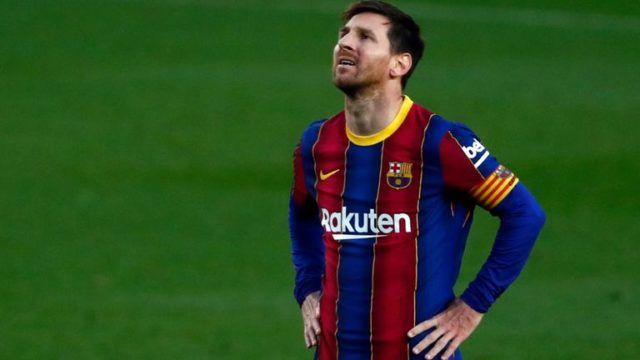 A seasoned reporter on transfer-related news, Fabrizio Romano, confirmed the news on his official Twitter account on Friday, August 6th, 2021. Despite rumors of Chelsea and Manchester City interested in Messi, PSG seems to be is the only club talking to Messi at the moment.

Fabrizio confirmed PSG will offer Messi a contract that will run until June 2023. He also spoke about Messi's former teammate at Barcelona, Neymar, who has been pushing for the deal in the last 24 hours. He confirmed Messi is open to joining the Ligue 1 club.

Paris Saint-Germain are close to sign Leo Messi, confirmed. PSG are preparing the official until June 2023 to be submitted to Messi and his father Jorge in the next hours.

Messi's open to join PSG, Neymar was pushing in the last 24h. PSG are so so confident. 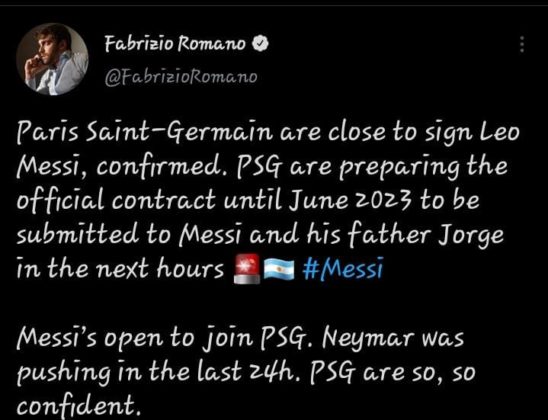