Lewis Hamilton won the Russian Grand Prix with rain pouring heavily. The rain was an advantage to Hamilton, as he was able to use the terrible weather to get himself a win. 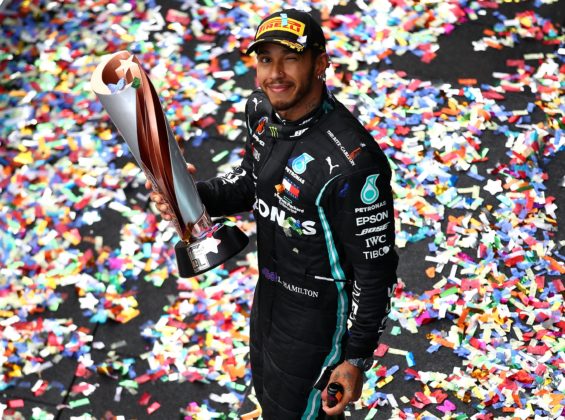 The Mercedes driver became the first Formula 1 driver to win 100 races. Hamilton was not the only driver who benefited from the rain. His title rival Max Verstappen also took advantage of the weather to finish second from the seventh position.

Verstappen’s starting from the back of the grid ensured that Hamilton’s advantage is only two points. The rain was a major disadvantage for Noris, who took his first pole position on Saturday during practice.

He was leading five laps to go when the rain started, but Verstappen, who was at the seventh position, was the first who changed his tyres to suit the weather.