Manchester City’s former player, Samir Nasri, has confirmed that he has retired from football at 34. He recently played for Anderlecht in Belgium, which is managed by his former teammate Vincent Kompany. 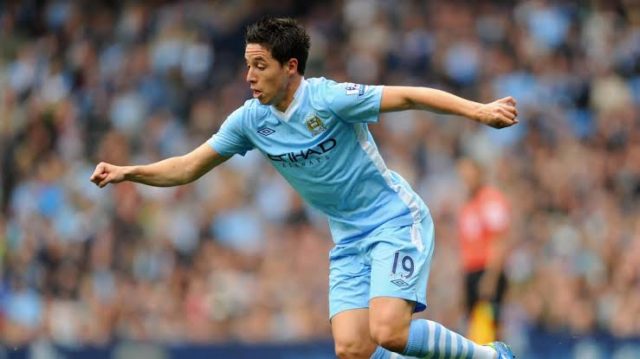 Sky Sports reported the news on its website on Sunday, September 26th, 2021. He said the suspension of the Belgian League in 2020 was one of the reasons he is quitting the sports. The French man also spoke about how his suspension hurt him after he was accused of taking drugs.

The 34-year-old played for Sevilla on loan then he moved to Antalyaspor and West Ham after he left the Citizens.

An incident really hurt me and changed my relationship with football: my suspension. I found it more than unfair, as I didn’t take any drugs. It was just an injection of vitamins because I was sick. It stopped me in my tracks.

There was an emotional side to it, but also the idea of being a player and somehow a staff member, too. As I’d like to coach, I thought I would learn the job with him (Kompany), but it didn’t go as planned. Then the league was suspended due to Covid.

After that, I didn’t necessarily have the motivation any more. No challenge suited me. And I couldn’t see myself coming back to France if it wasn’t at Olympique Marseille.

Nasri won the Premier League with Manchester City twice and a League Cup during his five years at the Etihad Club.