British boxer Anthony Joshua has insisted that the fight with his countryman, Tyson Fury, could still happen even without the belts. He made this known after his defeat to Oleksandr Usyk. 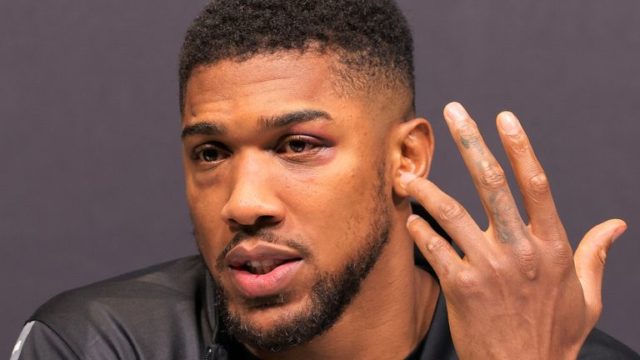 Joshua was speaking at a press conference after the fight. He said he is interested in the fight with Fury after losing his belts, according to reports from Sky Sports on Sunday, September 26th, 2021.

Usyk ripped Joshua off his WBA, IBF, WBO belts after a fantastic fight, which lead to a unanimous decision by the judges at Tottenham Hotspur Stadium.

But would you still watch it without the belts? That’s the main thing, are you’ve got two competitive fighters in the ring from UK soil, that just want to go toe-to-toe.

Joshua also spoke about how he is looking forward to a rematch between himself and Usyk.

I’m ready to get back to training. Because of the 12 rounds, my lungs and everything, it was a good 12-rounder, so I’ll be in a good place when I get back into training to pick up where we left off.