Former Manchester City’s striker, Sergio Aguero, has broken silence over Lionel Messi’s departure from Barcelona. There have been rumours his Argentine teammate Messi influenced his decision to join the Catalonia club. The forward man debunked the news, he confirmed in an interview that anyone did not influence his decision to join Barcelona. 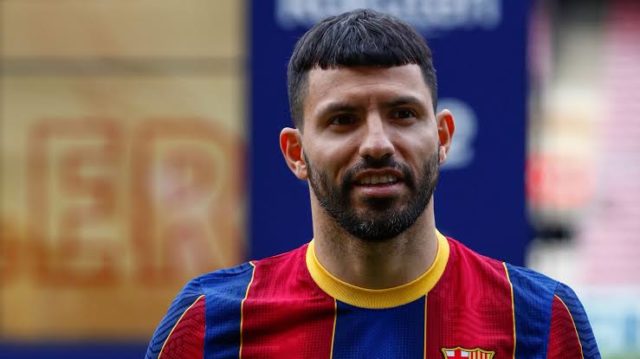 The South American ended his ten years spell with the Premier League side but opted for a new challenge rather than extending his contract.

According to reports from Mirror Football on Friday, September 10th, 2021, Aguero confirmed Lionel Messi did not influence his decision to join Barcelona. Aguero joined Barcelona in July 2021 as a free agent after the Copa America, which was won by Argentina at the expense of Brazil.

Messi left Barcelona during the just concluded transfer window after his contract was not renewed. Barcelona confirmed that the Financial Fair Play Rule in Spain was the reason the Argentine’s contract could not get a new contract.

I don’t understand why was talk of this. When I signed, Leo had nothing signed. They were coming to an agreement. It was invented that there was a clause, but there was nothing.

Aguero had been ruled out for Barcelona for ten weeks after he suffered a calf injury during training. Barcelona’s coach Ronald Koeman will hope the Argentine gets back to full fitness before the expected time of his return.