On the latest episode of #WithChude, sensational Nigerian music artist, Tobechukwu Victor Okoh, popularly known as Peruzzi, opened up to host Chude Jideonwo, about how he was able to give his new single the publicity it needed despite the shocking news of his mother's death, his unexpected 2baba and Gaaga collaboration, and the unfounded social media speculation about his affair with Chioma. 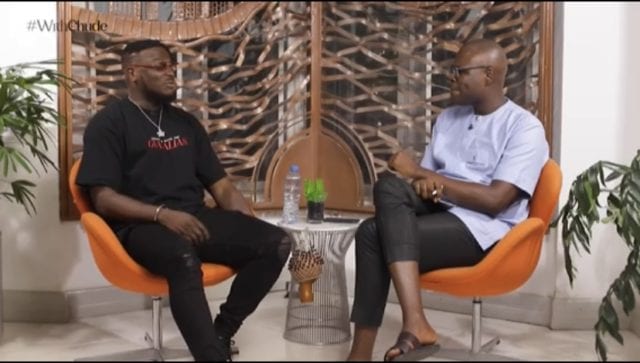 Amid mourning his beloved mother who had died just two days after the release of his hit single, ‘For your pocket’, Peruzzi explained to Chude that having his team handle the song’s publicity afforded him the time he needed to grieve.

“I had just dropped ‘For your Pocket’, and then my mum died two days after. I had to take my time to cry but at the same time try to hide from my guys because we were already tweeting about the release of the new song, and I did not want them to stop. After a while, I had to tell them to allow me when it's time to cry, and I would not disturb them, but whatever they did, they should not stop tweeting about it. I would go into the shower and cry, allow the water to wash away the pain, but once I was out, it was back to work. It was at that time that Davido posted my song on Snapchat, and that gave my career the boost it needed,” he said.

The musician went on to tell the story of how he got featured in the song that shook the Nigerian music industry in 2018.

“Gaaga called me one morning, [saying] that we should vibe in the studio and that 2Baba was going to be there as well, and I said okay. I had already planned everything I would tell 2Baba because I had not met him before that time. When I got there, everything I planned on telling him was what he was telling me. He was bowing his head to me, and I was confused. I just kept saying, don’t do this to me; you are 2 Baba. What he did that day, I will never forget. We released the video, and it scattered Nigeria. Amaka gave me that older and more mature-minded audience. It was a song everyone could relate to, and it skyrocketed my career.” 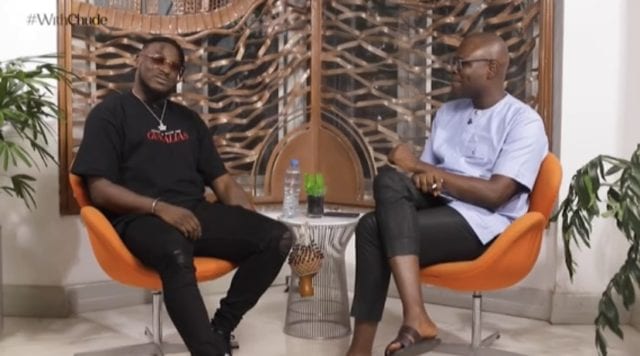 As one who is not new to rumours, Peruzzi still gets shocked once in a while when absurd stories are shared on social media. Speaking on the most interesting one he has heard so far, Peruzzi said;

“Someone said I had sex with the wife of the man who helped me. Do you know how crazy that is? Even if you hate me, what did Davido do to you? So right now, I am careful of every pin that drops near me.”

As one of Nigeria’s rising superstars with back-to-back hits, Peruzzi continues to ride on the wings of his rich network and his exceptional talent.

#WithChude is a special series of targeted multimedia conversations and investigations focused on narratives that enable and strengthen the mind, heart, and spirit. New episodes of #WithChude show every Saturday at 9 pm on TVC Entertainment, with reruns every Sunday on Wazobia TV at 5 pm and every Thursday on EbonyLife TV at 7:30 pm.