Nigerian singer, Oxlade has revealed that his first headline concert this year will be when he is hosted by Industry Nite this month end, an event which he tags Homecoming.

Oxlade revealed that he will be headlining the Industry Nite showcase this December, which will be his very first headline concert in the country this year. He shared this via his Instagram stories on Monday, the 25th of October 2021. 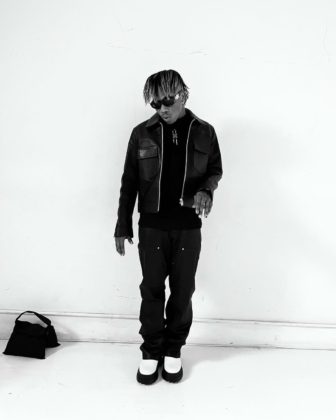 Oxlade has had performances within Nigeria this year but he has not had a full headline concert, which he has now announced. Some months ago, Oxlade was present at the Off-White store launch in Paris, serenading the crowd to a performance of his hit single, DKT. He was also captured chumming it up with founder of Off-White and artistic director of Louis Vuitton menswear line, Virgil Abloh. Oxlade has also been in the United States on a promo tour and just finished his headline concert in Cyprus.

READ ALSO: "I Made Eclipse in the Darkest Time of My Life"- Here's the Gist of Our Oxlade Interview

Oxlade’s first headline concert this year at the Industry Nite will take place at the Hardrock Cafe on Saturday, the 30th of October 2021. 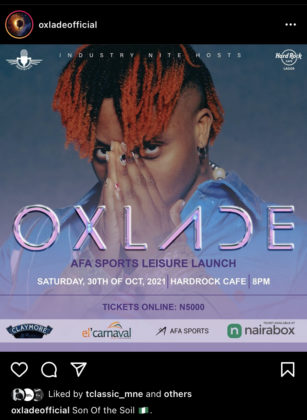