Nigerian rapper and president of the Marlians, Naira Marley, real name Afeez Fashola is the subject of the latest version of Gangsta Rap International, a documentary conducted by international publication, Vice Uk. 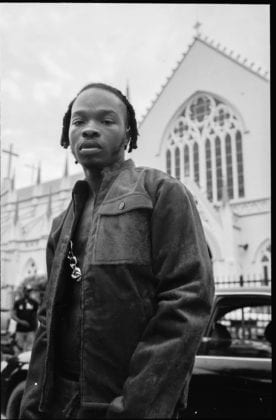 The documentary which is geared at letting viewers into the complex lives of gangster rappers all over the world, sees Vice take a dive into the life of Naira Marley to breakdown the god-like status he has attained in the eyes of his fanbase, the Marlians.

Conducted by British media personality and DJ, Chuckie, the documentary premiered on the 22nd of December and covered Naira Marley’s roots from London to Lagos.

In London, where he’s respected as one of the pioneers of the rap genre known as afro-bashment or afro-trap, we meet Naira Marley, a notorious member of the infamous No Mannaz gang. Naira Marley opens up on the violence that formed his days in Peckham. According to him, there was a lot of pressure on him to join a gang and he eventually did so in order to have a name on the streets. He also shows us the room where he shot the video of ‘Marry Juana’ which was a hit in Britain.

Back in Nigeria, we’re met with Naira Marley the president of the Marlians and get a glimpse into the borderline-obsessive fandom that pays allegiance to him.