DMW’s frontline performer Mayorkun has announced when he will be dropping his highly anticipated album. 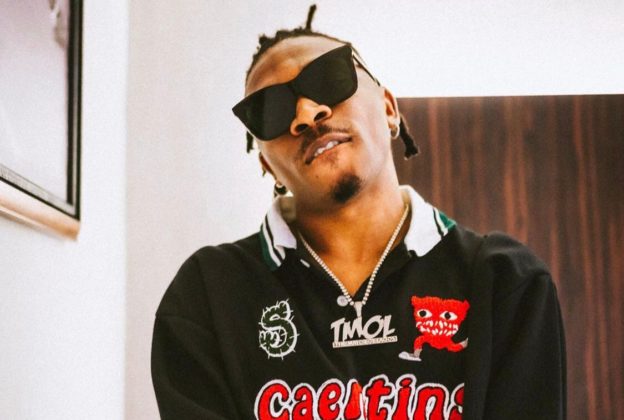 Davido Music Worldwide’s frontline singer, songwriter and performer Adewale Mayowa, popularly known as Mayorkun, has announced when he will be dropping his highly anticipated album.

The talented singer, whose last album, ‘Mayor of Lagos‘, was released three years ago, has confirmed that his new album will drop next month, October 2021. Speaking to his fans via his snapchat, Mayorkun made it known that he has been preparing for the album’s release since January this year and can’t wait to finally drop it.

Away from his incoming album, the Mayor of Lagos has also announced that a new single titled ‘Back in Office‘ will be released this Friday, October 1st, 2021, which is also Nigeria’s independence day.

Taking to his Twitter page to make the announcement, he wrote:

Been working on many things in private cos I wasn’t sure of my album release date or if it was even going to drop this year! Thank God, It finally drops in October! New single 1-1-21 #BackInOffice 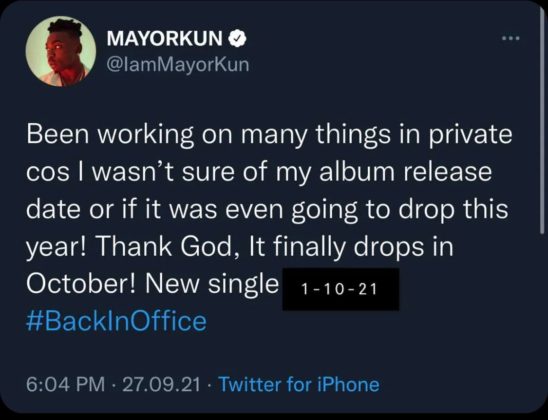