Ice Prince is set to release a song with the Buzzing CKay titled Shakara. 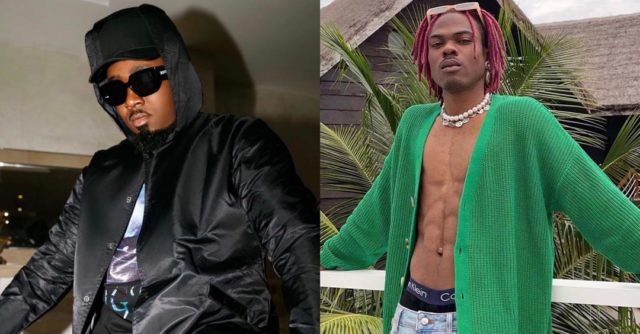 Nigerian ace rapper, singer, and songwriter, Panshak Henry Zamani, popularly known as Ice Prince, has revealed that he will be dropping a smash tune with buzzing singer CKay.

Titled "shakara', the song, which is expected to drop this Friday, November 19, 2021, is produced by talented Nigerian beat maker Blaise Beats, who has worked with the likes of Wizkid, Tekno, Terri, Adekunle Gold, Omah Lay, and a list of others.

Taking to his twitter page today, November 15th 2021, the former Choc Boiz rapper made it clear that the coming song is a "Big Record'. He wrote: 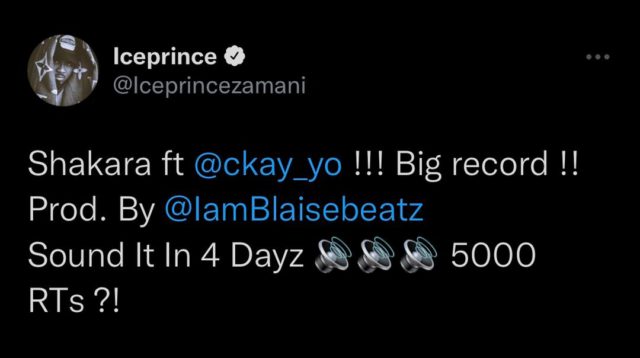 Shakara will be Ice Prince's second official single for the year 2021, a follow-up to his last single 'Kolo' which featured talented vocalist and songwriter Oxlade.

Ice Prince is known to make great music with singers, not forgetting that his break through song Oleku featured a singer called Brymo. Hence, we are looking forward to the song with CKay.