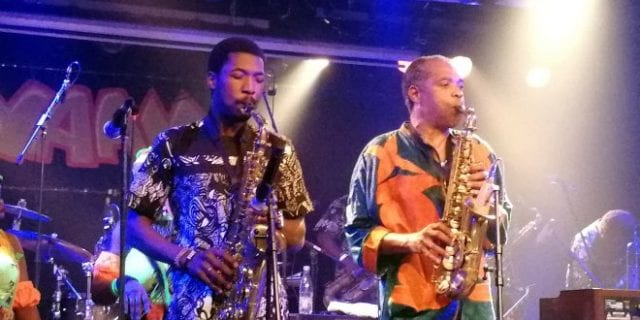 Femi Kuti and Made Kuti

The secret is out! Legendary Afrobeat artist Femi Kuti will be releasing a joint album, 'Legacy+' alongside his son, Made, on the 5th of February 2021. Legacy+ will be a two-sided album, with one side featuring Femi’s project, 'Stop the Hate' and the other, Made’s For(e)ward album.

Leading up to the February release, the father-son duo has today, 1st of December 2020 released two new singles: 'Your Enemy' by Made, and 'Pà Pá Pà' by Femi.

'Your Enemy' – Made’s follow-up to his debut single, 'Free Your Mind' – turns a swirling and modern Afrobeat sound into an impassioned call for justice. While Femi’s 'Pà Pá Pà,’ implores Nigerians to rail against the dishonesty of local politicians (“When government waste our time, government waste our life” he declares). “Pà Pá Pà” is also accompanied by a music video filmed in Lagos and directed by Adasa Cookey.

Both albums that make up ‘Legacy +’ are steeped in the tradition of Afrobeat invented by Fela, but each also offers their own unique vision. Femi’s 'Stop The Hate' honors Fela in a traditionally fun, sharply political, and affirming way. Made’s‘For(e)ward’ meanwhile, is a modern and progressive freedom manifesto, pushing boundaries of the subgenre even further. Made also performs every instrument on his album! Femi expressed:

I am very excited and happy because as a father I get to perform with my son on my album again, and I get to see him compose, arrange, and play all instruments on his own album. Most importantly, we get to release this project together. It is spiritually soothing and comforting to witness this chapter in my life.” Made adds, “I truly believe that once in a while we are fortunate enough to write stories for ourselves that we can look back on much later in our lives. This has been one of the greatest positive highlights of my life so far, both musically and transcendently. I’ve learnt so much from my father politically, socially, philosophically and musically that I know this lovely project is only the beginning of more beautiful things to come. 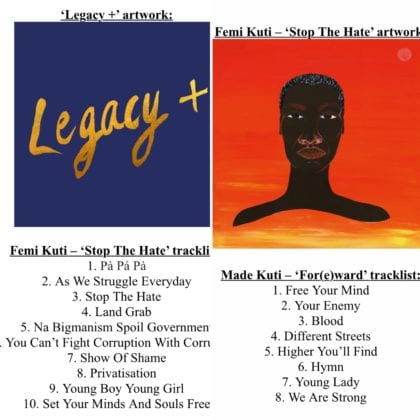 The cover arts for ‘For(e)ward’ and ‘Stop The Hate’ featureportraits of Femi and Made done by Brooklyn-based artist Delphine Desane, whose work was recently featured on the cover of Vogue Italia. 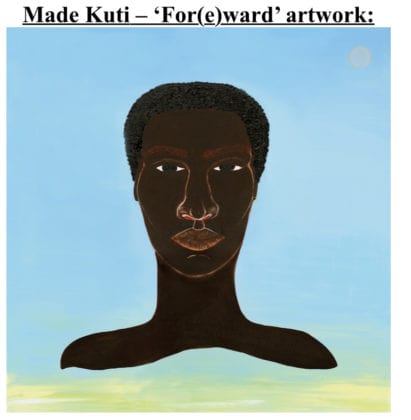 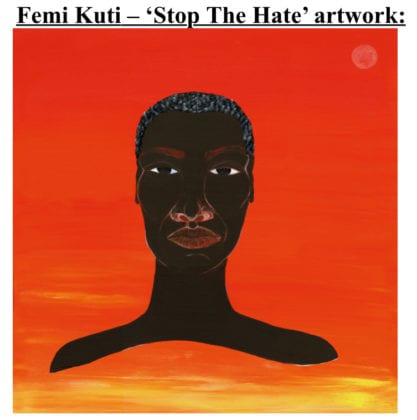