Nigerian rapper, Falz has hinted at the release of new music with pictures of himself with fellow rapper, Dremo and highlife duo, The Cavemen.

Falz dropped new pictures of himself with rapper, Dremo and wave making Highlife duo, The Cavemen. He shared the pictures via his Instagram page on Thursday, the 25th of November 2021. 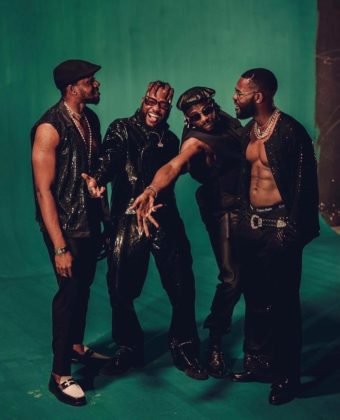 Falz has been quite busy this year, dropping single after single with some smash hits like Mercy and Body Language with Ajebo Hustlers amongst others including some banging features. The rapper also recently released an amapiano tune titled Oga which featured South African stars, Bontle Smith and SayFar.

It looks like Falz does not intend to stop anytime soon with the hint of new music dropping soon with Dremo and The Cavemen. The rapper dropped new pictures of himself with the collaborators via his Instagram. The Cavemen duo consist of brothers, Kingsley and Benjamin Okorie who just dropped their sophomore album, Love and Highlife. Their debut project, Roots won them their very first Headies award and put them on the main stage.