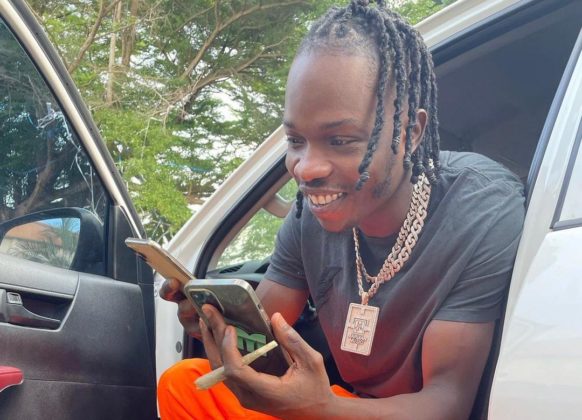 The court sitting in Ikoyi, Lagos, which was conducted on Wednesday, saw the commission display the virtual projection of a Compact Disc with a 51,933-page analysis of the iPhone of Naira Marley.

According to reports, the EFCC displayed the exhibits through a forensic analyst, who is accorded as its second witness, Augustine Anosike.

Anosike continued his evidence in the trial of the defendant, who is facing 11 charges bordering on conspiracy, possession of counterfeit credit cards, and fraud.

The Marlian music kingpin and frontline artiste was earlier arraigned on May 20, 2019, before Justice Nicholas Oweibo, but he pleaded not guilty to the charges, after which the court granted him bail in the sum of N2m.

Due to the COVID-19 lockdown in 2020 and the judiciary workers’ strike, the trial was paused at the start of the second prosecution witness’ evidence.

Punch reports that Anosike had earlier stated on Tuesday how different text messages and chats containing credit card details were exchanged between the defendant, and someone named Yadd. He told the court that from the iPhone analysis, they discovered a total of 977 Short Message Service (SMS) and 1433 chat messages, adding that there were also seven pending status update messages.

The court had also granted the prosecution leave to display a CD in a projector containing the full analysis of Naira Marley's iPhone in order to discharge its burden of proof as required by law.

On Wednesday, the witness showed visual displays of the credit card numbers, chats, as well as incoming and outgoing SMS, which were analysed from the defendant’s iPhone.

The prosecutor, Rotimi Oyedepo, had told the court at the last adjourned date that the prosecution only printed out hard copies of relevant portions of the exhibit, which is considered important to its case.

Justice Oweibo adjourned the trial till November 30, December 13 and 14.