With the present situation in Nigeria of various protests against SARS and bad governance in Nigerian which Davido has been actively involved in, the FEM singer has dropped a new release date for his upcoming album, A Better Time.

Davido hints at a Remix To Cheque's hit song "Zoom"

The singer's official fan page, Davidoglobalnews in a series of posts hinted that the album will now be released on the 3rd of December 2020 as opposed to its initial date of 30th of October which would've been less than a week away.

To confirm and ensure these hints are indeed facts, Notjustok reached out to the official fan page and they confirmed that the anticipated work, A Better Time, is indeed now scheduled for 3rd of December. 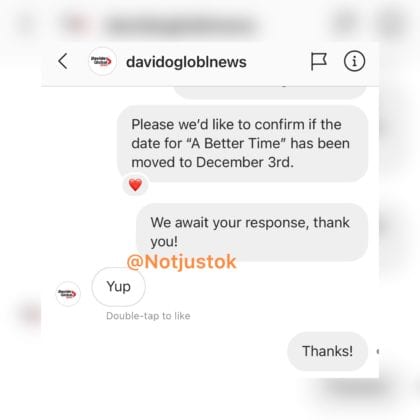