Burna Boy shared some new photos of himself on Instagram and on the last slide came the video of him vibing to his verse on the remix of Black Sherif’s Second Sermon. The video was shared via Instagram on Friday, the 29th of October 2021. 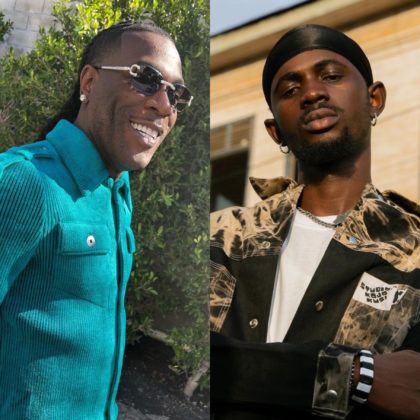 Second Sermon is a sequel to the original First Sermon song which started out as a freestyle by Black Sherif. The song gained waves in the Ghanaian music scene and by extension, the African scene as well.

READ ALSO: Burna Boy Pulls up to Support Lewis Hamilton at The 2021 US Grand Prix | WATCH

The Second Sermon was released back in July and it appears Burna Boy will now feature on the remix of for Black Sherif’s trending hit song. The Nigerian singer recently trimmed his trademark facial hair which brought an avalanche of hilarious reactions on social media. The singer also recently attended the US grand prix where he hung out with top celebrities even as he pulled up to support his good friend, Lewis Hamilton.