“Bebe Cool you got us arrested… Avoid Nigeria!” – Tems Speaks Out

After releasing an official statement to appreciate fans and people who got her out of the Uganda situation and also assured them of her wellbeing, Nigerian singer, Tems has gone off on social media to call out Ugandan artiste, Bebe Cool, accusing him of being behind her and Omah Lay‘s arrest. 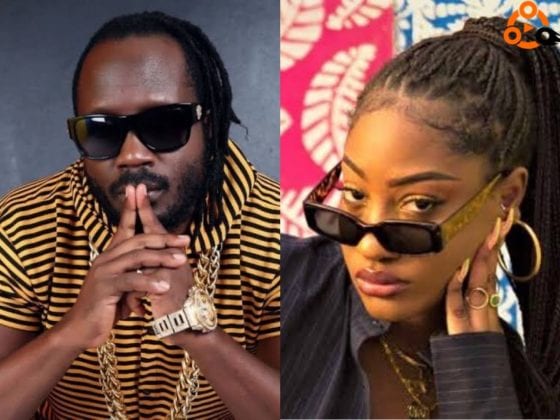 Tems took to her Twitter page on the 18th of December after returning to Nigeria to clearly state that Ugandan artiste who during the crisis acted like he was trying to resolve the issue was in fact behind the arrest the entire time.

According to Tems, Bebe Cool had planned the whole thing and they had been arrested after BebeCool spoke to his friend who then broke into Tems’ room. After this, Tems revealed she had spotted Bebe Cool chilling and having a great time inside the office of the DPO with the DPO.

@BebeCoolUG Your friend broke into our room and took us after YOU called. Only for me to see you in the DPO’s office, chilling and Laughing with him. Lmao in my presence and you thought I would sit there and allow you to speak to me. YOU are worse than shit.

Speaking further, Tems stated that Bebe Cool should not come to Nigeria as she will pounce on him if he does because she knows she won’t be in chains then.

You’d remember that Bebe Cool was the one who first announced the release of Omah Lay and Tems with the official papers of their release on the 15th of December, 2020 after being detained in Uganda for two days after their performance that allegedly violated the Uganda COVID-19 rules and regulations. 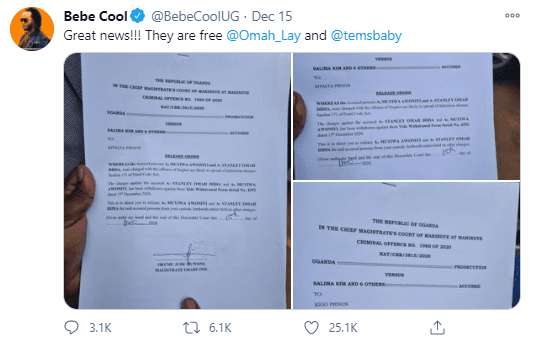 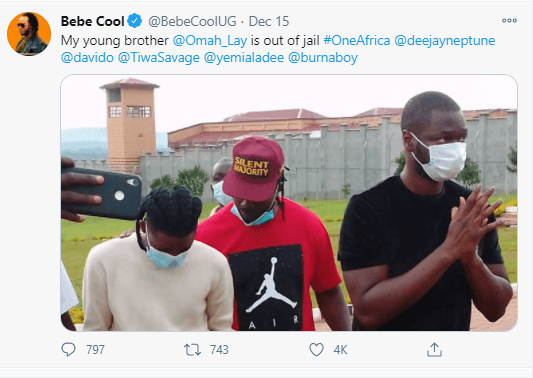