#BBNaija: Watch The Moment Emmanuel Got Injured During Task

BBNaija Season 6 contestant, Emmanuel has gotten injured while trying to complete a task today, as the video which is now shared on social media shows.

As seen in the video, Emmanuel got injured in the BBNaija house during the Supa Komando task when he was required to crawl under a contraption. This happened on Wednesday, the 25th of August 2021. 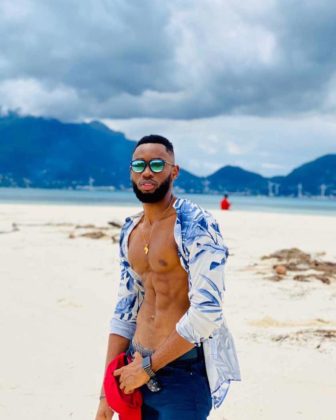 Instead of crawling under the contraption, Emmanuel tried sliding to buy himself some time and did it in a rather awkward manner. Instantly, the other housemates gathered around him and tried to make him comfortable. Then, the show went on a break while Emmanuel was taken out of the house for treatment for his injury. On resumption, Big Brother assured them that he was fine and had been taken for treatment.

Fans of the BBNaija show have shared prayers for Emmanuel since the video of him getting injures went up. Liquorose has also been commended for her conduct following Emmanuel's injury and how she tried to comfort him and reassure him. Emmanuel did look in a lot of pain from the video and we are wishing him a fast recovery.