Current BBNaija season 6 housemate, Maria has admitted during her diary session that her decision to nominate fellow housemate, WhiteMoney last week was a mistake. 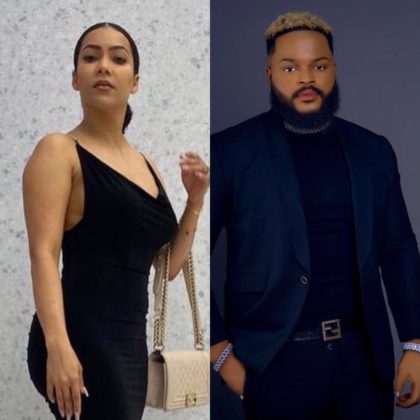 Maria said that she did not mean to nominate WhiteMoney and did not know why she called his name. She also said she was not too bothered during the week as she had a feeling he would not leave. In her words;

Nominating WhiteMoney was just... I can't believe I even mentioned his name. I can't believe I said it. But anyway, it's done, it's done. So I kinda felt confident that he wasn't going anywhere. I was really confident of that and I don't know why. For some reason, I just knew he wasn't going anywhere, so I wasn't bothered about him. At the end of the day, I think I'm getting a little bit stronger with how things are supposed to be working.

Maria, along with Pere nominated five housemates (WhiteMoney included) for eviction last week. Maria apparently felt bad about nominating one of her close friends in WhiteMoney and she made this known in her diary session.