American veteran actor Anthony Anderson was not left out in the 'Love Nwantiti' frenzy as he showcased his dance moves to the song. 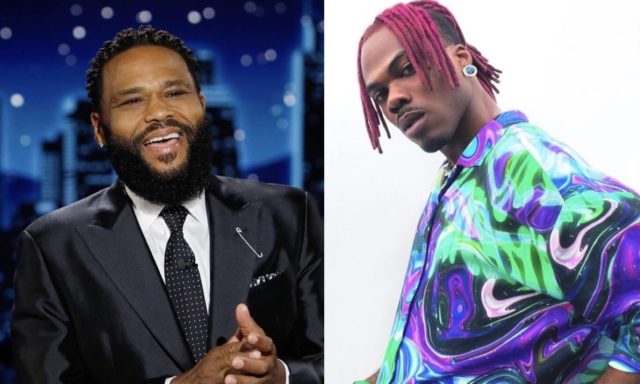 American veteran actor Anthony Anderson was not left out in the 'Love Nwantiti' frenzy as he showcased his dance moves to the song by Nigerian Afro-pop star CKay.

The afrobeats tune by Nigerian singer, songwriter, and recording artiste Chukwuka Ekweani, popularly known as Ckay, is currently on a global run, and away from being the most shazamed song in the world, amidst other milestones, users on video-sharing social media app tit-tok recently created a dance routine for the song tagged "#lovenwantitichallenge" and 51-year old American actor Anthony Anderson and his friends took part in the trend, adding some extra moves to spice it up.

The actor, who shared the video on his official Instagram page, stated that they came up with the routine in fifteen minutes, giving himself credit for being able to come through even at the age of fifty-one. He wrote:

I had to get in on the #lovenwantitichallenge by @ckay_yo so I called in the family to help me out! @fatima_noir @iambarondavis @asielhardison not bad for a 15 minute rehearsal! I think I still got it at 51! What you say?!

Anthony Anderson is an American actor, comedian, and game show host. He has appeared in numerous films and television shows. He has starred in his own short-lived sitcom, All About the Andersons, as well as the ABC sitcom Black-ish and the Fox sitcom The Bernie Mac Show during its fifth and final season.