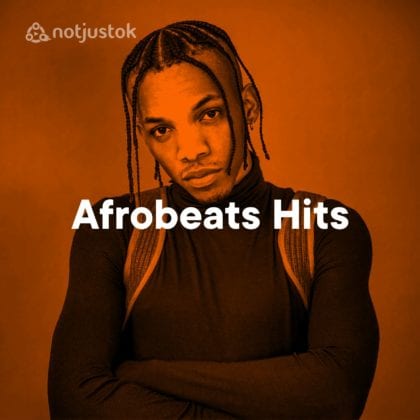 It’s the album we’ve been anticipating for the better part of a decade! Tekno finally drops the “Old Romance” album. The 14-track project is an absolute must-listen. Peep the lead joint off the record, “Designer.”

Phyno ft. Peruzzi – For the Money

Produced by the highly gifted Blaq Jerzee, “For The Money” sees Phyno and Peruzzi team up to deliver a certified banger. It serves as the former’s follow-up to his previous single, “Never.”

In a twitter chat I had with DJ Spinall sometime last week, he revealed the easiest song to make on his brand new album “Grace.”

Hahahaha Ovie. I would say the most convenient song was – “Energy” … The session was such a beautiful vibe. #SpinallGraceChat https://t.co/HiSbp0usVg

If you missed it, you should def read up on #SpinallGRACEchat. The superstar DJ also reveals why the likes of Davido & Olamide didn’t make the final cut.

After taking about 12 months off, Mr P broke his silence by updating us on the Psquare situation, while revealing the title of his upcoming album. As a prelude, he serves up “Follow My Lead” alongside the Black Diamond.

Ghanaian singer, MzVee just dropped her 4th album, Inveencible. One of the instant fan favorites is the Sarkodie collaboration, Balance.

A video is already in the works.

MzVee and Sarkodie with the balance!! pic.twitter.com/q2VtAF0k6i

“All My Love” is Guiltybeatz’s first official release since he dropped the “Different” EP back in April.

He ends the year with a romantic bop that’s sure to appeal to the ladies. Listen below.

It’s another feel-good Ghana-Naija collab as Kwesi Arthur & Joeboy link up for Baajo.

To those who say Zanku is dead, you may have announced its obituary a little too early. Sarkodie, Rexxie & Zlatan keep the legwork alive with “Hasta la Vista“.

Joeboy makes his 2nd appearance on Best New Music this week with a solo single, Celebration; a follow-up to his October release, “Lonely“.

It also comes with a message:

“In a year that has been more torrid than fulfilling for many of us, we still need to give thanks and appreciate the littlest of things and that’s what ‘Celebration’ is about. Celebration is a song of happiness that signifies that we shall be alright regardless of the challenges.”

With ‘Alright’, King Promise does not fail to deliver. Singing over a smooth Altranova produced instrumental; the Ghanaian singer merges his amazing vocal ability and melodic flow with Shatta Wale’s trademark and bouncy rap ability – culminating in a track that undoubtedly will make listeners want to rejoice.

It’s been a relatively chill year for the usually controversial Naira Marley. Notwithstanding, the Yoruba rapper is ending 2020 with a double whammy: Koleyewon & Chi Chi.

SM4lyf! The leader of the Shatta movement preps us for the release of his next single “Blow Up” featuring Jamaican act, Skillibeng, with some viral content: “Choppings.”