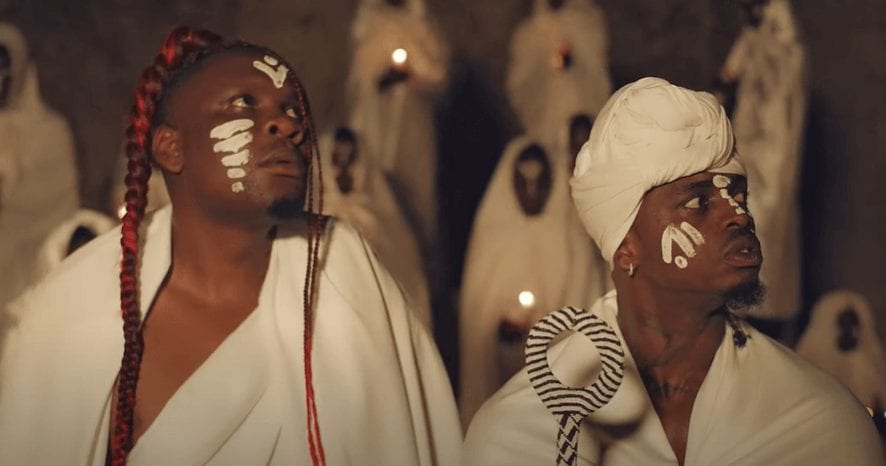 Shusha dropped towards the end of last year and the artists asserted that they are the best in the music  game with close to zero competition.

Diamond clearly states why he is the king  with support from Baba Levo as they sing to their critics letting them know that they will leave them in the dust.

The official music video takes us back to medieval times where the stars act as if they are going to war with their soldiers ready to take down the enemy.

This single is produced by S2kizzy while Director Kenny shot and directed the official music video.