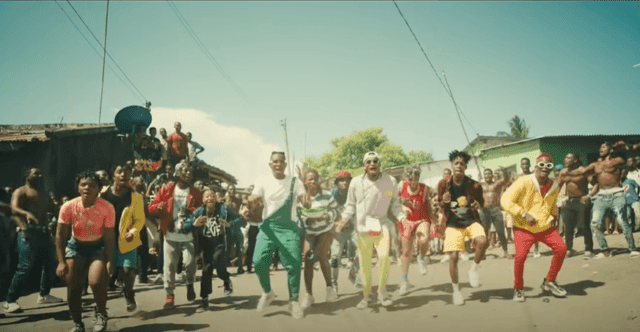 Wasafi Records’ Lava Lava comes through with the official music video to his latest single, “Bado Sana” where he teams up with East African favourite, Diamond Platnumz.

The pair bring forth a high energy dance number where Lava Lava sings about his experiences with love, and Diamond brings in lighter energy, singing nursery school rhymes.

The official music video showcases the artists having a good time with the locals from riding motorcycles in the neighbourhood to breaking out in dance routines.

This track is produced by Mr LG and Lizer Classic while Director Kenny shot and directed the official music video.