The official DJ for Diamond Platnumz, Rommy Jones popularly known as RJ The Dj has recently announced that he has an EP coming and it seems, he can't wait to share it with his fans.

The Tanzanian version of DJ Khaled used his Instagram account to announce the exciting news where he announced that he is planning to drop an EP titled The Weekend, this weekend. Even though the certified disc jockey has not mentioned the exact date of the release but the star is expected to drop the project before Eid El Fitri.

So far Rommy Jones has not shared the tracklist and featured artists of the anticipated EP, which has also been promoted by Wasafi CEO Diamond Platnumz who shared the cover art on his Instastory making fans craving even more for the EP. 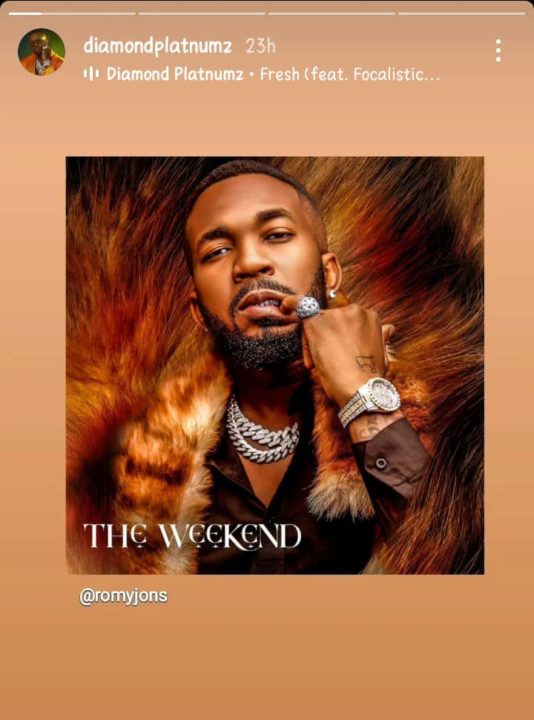 The last time Rommy Jones dropped a full body of work was in September 2020 when he dropped his debut album known as 'Changes' featuring decorated African artists such as Lavalava, Khaligraph Jones, Sho Madjozi, Rayvanny, Vanessa Mdee and many others. Sitamani was the last single from the DJ where he featured Young Lunya and Loddy Music.