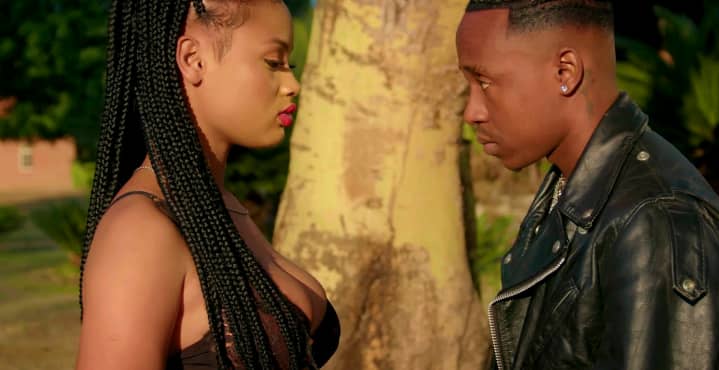 Konde Music Worldwide signee Ibraah has decided to soothe the eyes of his fans after dropping the video for Sitosema. The song is the lead single from Ibraah's debut album "King Of New School" which was released earlier this month.

Sitosema Music Video walks in the same line as the lyrics of the song as it sees Ibraah lamenting about his unfaithful girlfriend after he caught her cheating with an old man. The video is equipped with a narrated storyline that reminds us of his 2020 blockbuster "Nitachelewa".

Ibraah's iconic clean-cut looks in the video have without doubt marked his rocky transition from the young innocent-looking Ibraah to a more mature and fully-fledged Bongo Fleva Star.

The video is directed by Director Ivan from Tanzania who also directed many music videos such as Utu by Ali Kiba, Unachezaje by Diamond Platnumz, and Teacher by Harmonize.