RnB singer and latest YBNL starboy, Fireboy DML made the day of several of his Twitter-based fans as he offered up himself for a Q&A on his latest album, Apollo. 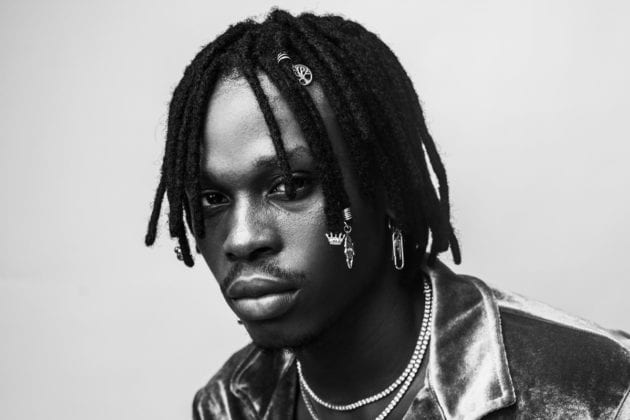 The habitually reclusive singer had tweeted on the 7th of December saying;

This call to action was then hurriedly taken up by his fans who had been looking for an opportunity to connect with their fave beyond the music.

A lot of insightful questions were asked which revealed the inspiration behind some songs as well as the creative process. Here are some facts we gleaned about 'Apollo' from Fireboy himself:

1. Apollo is a statement on his evolution and growth as a person. Fireboy wasn’t trying to outdo his debut album, Laughter Tears and Goosebumps. He simply wanted to make his growth clear so he made the album to show that.

According to him, he also felt like he was on a god-level following how well-received LTG was, hence the titling of the Greek god of music and poetry, Apollo

i didn’t make #APOLLO to displace or ‘beat’ LTG. i’d evolved and changed as a person and i needed you guys to know that, that’s why i made this album. https://t.co/xRljdf2jIH

2. Unlike 'Laughter, Tears and Goosebumps' where there were girls dancing in the studio during parts of the recording process, Fireboy shouldered the making of Apollo with "sad, tired eyes."

APOLLO is more expressive as an album, yunno. there were no girls in the studio or drinks and whatnot. i recorded most of the songs with sad, tired eyes. the only thing dancing and jumping up and down was my brain. https://t.co/U9eefccRWK

3. The intro, Champion, was inspired by a dare from producer Pheelz. According to Fireboy, he’d been recording a lot of love songs and then out of frustration, Pheelz had dared him to do something different.

i’d been writing and recording love songs for like two days straight. @Pheelzonthebeat got frustrated and dared me to write something of a different theme for once.

i don’t like being dared so i snapped. https://t.co/vNgdFuvetz

4. His collaboration with Olamide on ‘Afar’ was featured on the album because the song was borne out of feelings they can both relate to.

He also admitted that he'd rather have his fans love him from afar and wants them to connect through his music which he devotes himself fully to.

because the song is about something we can both relate to. easy decision, to be fair. #APOLLO https://t.co/eSvnXl9oTt

5. He’s a ‘selfish songwriter' and hardly has other artistes in view when creating records. According to him, he’s working on being more open to collaborations.

i’m a very selfish songwriter, i rarely picture other people in mind when i’m creating. collaboration is key tho, so it’s one of the things i’ve been working on with myself lately. #APOLLO https://t.co/pMO94oqO4J

6. For Fireboy, his favourite songs off Apollo are ‘Remember Me’ and 'Tattoo'. The latter was revealed by him to be a product of “mind-blowing, pillow-grabbing, toe-curling sex.”

i love all my babies but “Remember Me” is that song for me. i’m obsessed about my legacy.

7. Can you tell that Fireboy DML is a fan of waist beads? First as an adornment piece for women and in its Yoruba iteration; 'ileke?'

Well, he made this admission yesterday too.

it sounds even better in yoruba. “Ileke”.

it’s a turn on for me. i love seeing them on waists. so beautiful.

also, that word sounds so good in songs 😂, three syllable words are easy to work with when writing songs. used the word “ileke” in Sound and Spell. #APOLLO https://t.co/zABt62BIAS

If you had a chance to ask Fireboy DML a question, what would it be?