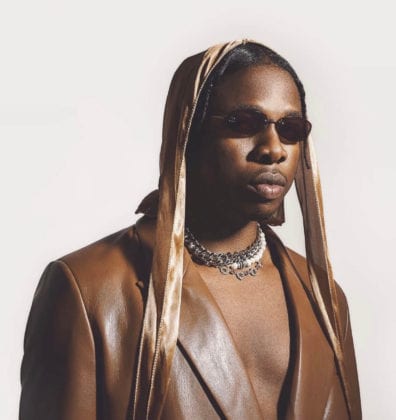 It tells the astronomical rise of TEMS, when considered she's actually one of the hottest artists in the country right now. Her debut EP For Broken Ears has had a lot of great reviews from listeners –personally, "Ice T" takes the creme of the project, a moving and honest account, drawing strength from TEMS' unique lyricism and vocals.

Reeky Tom Tom is known for his melodious bangers but on new record, he delves a little out of style, meeting Kida Kudz on his rap wave. To his and his feature's credit, they combine for a strong record.

Zoro returns for his second single of 2020 with "Church," a storytelling number which displays his ability to craft out a banging Afro Hip Hop song whenever.

Never one to hold back on the bangers, Rasaki L.A.X has another in the bag. Appropriating the globally acclaimed Amapiano sound, the artist crafts an enjoyable experience.

Since last year's tape Runtown has kept fans on the wait for fresh sounds. Last week, the revered artist broke that with "Kini Issue," a vibey track which should function as great background music.

Davido has in the past turned in great features for rising acts. On this, he combines with the budding Olakira for the remix to one of the biggest songs of the year.

WANI – All My Ladies

On his latest record WANI recalls the urban city vibe with soothing melodies on warm production by maverick Adey.

Dotman barely puts a foot wrong with his songs and "Duro" is a continuity of his mastery of the Afro Pop genre. You should bump this to shimmy dance.

Olayinka Ehi has had a great 2020, from being on Adekunle Gold's Afro Pop album to putting out a song some weeks ago. On "Personal Space," she plays the female fatale to Bils' character, both unique voices combining for a chill record.

Revered Ghanaian producer Killbeatz delivers a hypnotic beat for the duo of Ofori Amponsah and King Promise –together, they deliver a scintillating record that will hit you in all the right places.

The Hip scene in Nigeria is right now bubbling with the presence of diverse acts and movements. Rappers like MOJO, Alpha Ojini and Ladipoe are redefining the traditional rap sound... basically making great fusion music. EMA ONIGAH is also one such artist to watch for. I loved his previous single "Pressure Cooker" and "CHILD," his latest, has him delivering conscious lines in enchanting cadences, exciting over minimalist production.