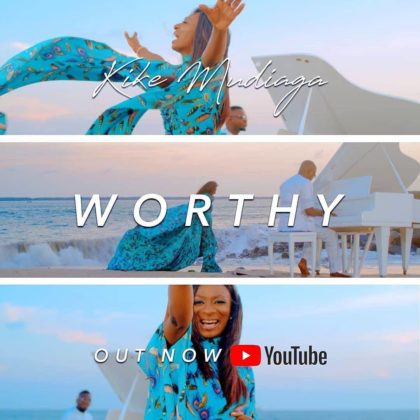 She shares the inspiration behind the song: “This simple yet so powerful sound came to me one Sunday afternoon. It felt like the heavens opened and I literally heard the tune & song coming from a distance. It was so clear that I took my recorder and saved the sound. One week later I sent it to my the phenomenal producer Rotimikeys and here we are.”

Watch the Video of ‘Worthy’ by Kike Mudiaga | Enjoy

What do you think of this Worthy video by Kike? leave your comments below