Nigerian singer, Oxlade has unveiled a new short film titled Without You which is based on the songs from his latest EP titled Eclipse.

Oxlade starred in the new short film titled Without You in a story that was based around the lyrics from songs like Pay Me and More. The film was released via Youtube on Sunday, the 21st of November 2021. 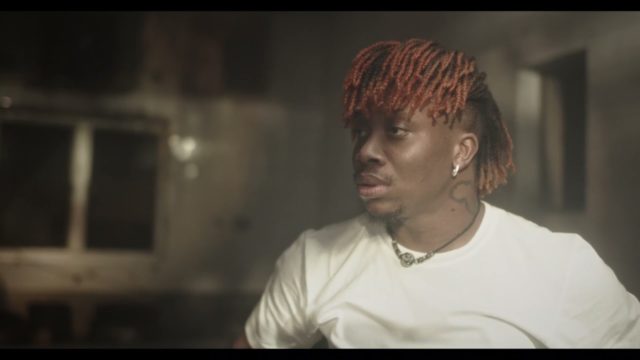 Oxlade in "Without You"

The short film, Without You, is an unusual and twisted love story between two individuals. These individuals exist metaphorically, even though they are fictional characters. How far are you willing to go for love?

The new short film titled Without You stars Oxlade himself alongside Nzube ‘Zebee’ Ezikeoha, Chioma Okafor, and Isaac Egberamen. The story was written by Arnold Okolie and Afolabi Olalekan while the film was directed by the latter.

This year, Oxlade put together his very first headline concert this year at the Industry Nite which took place at the Hardrock Cafe on Saturday, the 30th of October 2021. The singer also dropped another top notch EP titled Eclipse this year with hits like Ojuju.