Veteran Afrobeats Musician, D'Banj has released the visuals for his latest single "Banga". The colourful video features TV presenter and radio host - Moet Abebe whose sexy charm was on display all through the video. 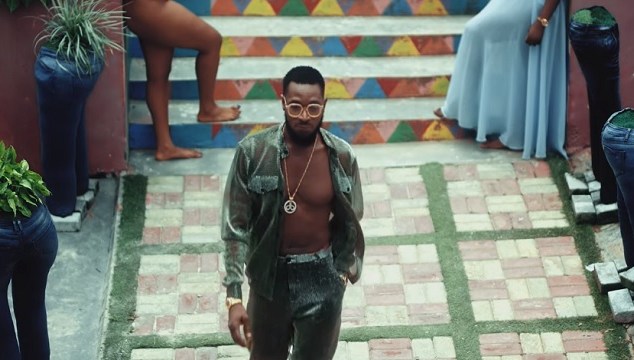 READ ALSO - D'Banj Set To Introduce Himself With New 'Banga'

'Banga' a classy afrobeats tune produced by TUC while the video was directed by prolific Nigerian cinematographer, Clarence Peters.

To give the tune a proper Afrobeats identity, D'Banj procured the service of the Egypt 80 Band - a vicious musical group created by the Legendary Afrobeat Pioneer (Late) Fela Anikulapo Kuti.

Radio Goddess Moet Abebe evidently added some glamour to the video with her sexual prowess while Clarence Peters generally did a great job in directing the video, making sure the output is Superb.

Watch the Video Below