Basketmouth and Blaqbonez have collaborated on a new song and music video titled Trolls, which is a product of Comedy Central Africa.

In the new video, Basketmouth and Blaqbonez work with satire as they sing about online trolls who always find ways to bring down other people’s works. The video was released on Friday, the 1st of October 2021. 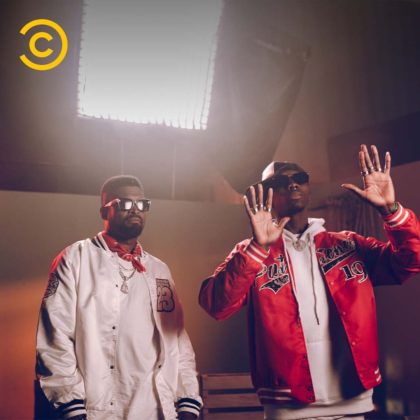 Basketmouth is gearing up to release his second album and off that, he has already dropped the Buju-assisted Your Body and Ghana Jollof featuring Falz and Kwabena Kwabena. The comedian revealed during his recent Bounce interview with Ebuka that asides his second album, he also has a special on the way and many other things lined up. This new video on Comedy Central Africa might not be an official single but is still sounding as amazing as one should be.