Unvaccinated Tennis Players May Not Be Allowed into Australia - Government

Professional Tennis players who fail to take the Covid-19 vaccine might not be allowed to take part in the first grand slam of the year in Melbourne, Australia, which always comes up in January. 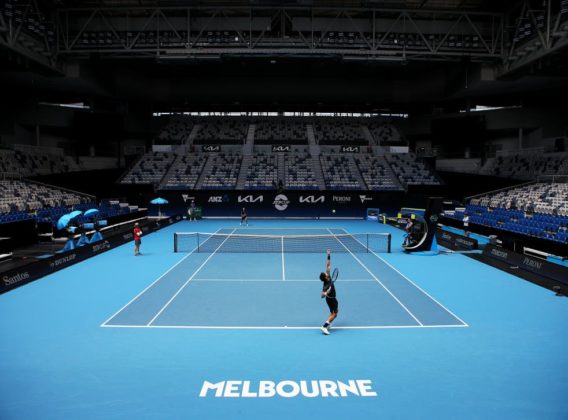 According to reports from the Daily Mail on Tuesday, October 19th, 2021, vaccine collection is now mandatory for professional athletes competing in domestic sports leagues and people working in health industries. Victoria State Premier, Daniel Andrews confirmed this, in an interview on Tuesday.

He believes that unvaccinated tennis players might not get a visa to come into the country.

I don't think any unvaccinated tennis player is going to get a visa to come into this country. If they did get a visa, they will probably have to quarantine for a couple of weeks when no other players will have to.

There have been mixed reactions from tennis players as it concerns making it compulsory to get the vaccine.

World number one tennis player Novak Djokovic has frowned against the decision of the Australian government to make it compulsory to get the vaccine, while former British number one, Andy Murray, believes players must get the vaccine before being allowed into Australia.